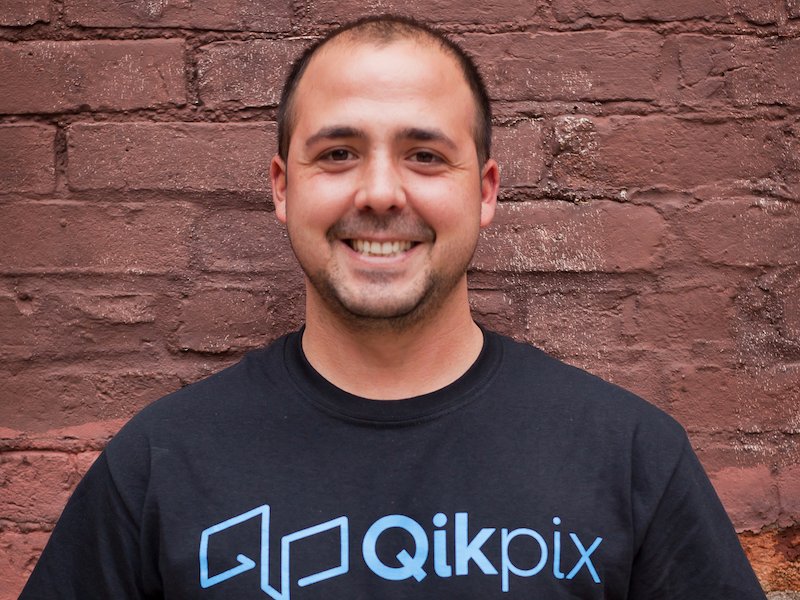 As a teenager, Jarek Hamilton attempted to start a company, which would re-manufacture ink and toner cartridges.

“I got laughed at a lot,” he says. “When I went to go open up my first business, banks kind of laughed at me.”

After that first idea fell through, he ended up working for a barge line company, enlisting in the US Navy, taking a job as a civilian contractor in Afghanistan, and then working for the Army Corps of Engineers.

Now, at the age of 29, Hamilton is back in the startup game.

He’s the CEO of a Bloomington, Illinois-based, on-demand photography service startup Qikpix, which he founded with his wife Katie in August 2015. So far, the startup has recruited 150 photographers around the US and reports 600 downloads of its app, resulting in 130 photo shoots. In 2016, it raised $76,000 in a seed round of funding from an angel investor. In December, Katie quit her nursing job to work full-time on the company alongside Hamilton.

Hamilton says that during his stint working at the Army Corps of Engineers, older colleagues would often minimize his startup plans.

“I’d get a lot of, ‘Ha, ha kid, have fun building your app,'” Hamilton says. But “No one was laughing when I quit. They threw me a pizza party, though.”

He adds that some of the coworkers who laughed at him were the first to congratulate him on the new phase of his career.

Having others laugh at your entrepreneurial ambitions is a sign of progress, he says.

“When I’ve gotten laughed at, it’s because I’ve opened my mouth and I’ve talked about the idea,” he says. “That’s the first step in making anything a reality is to talk about it. Talk with anyone about it. Get feedback. Get opinions. And you’re going to get laughed at, whether it’s by a bank, an angel investor, your best friend, your wife … but you just need to take that laughter and don’t get mad, don’t get upset, don’t go down that route. Prove them wrong.”