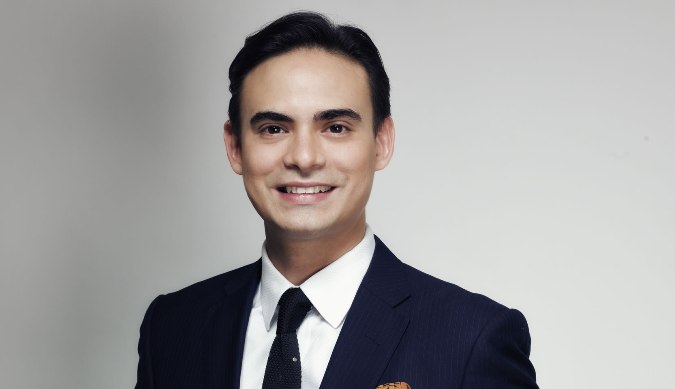 We welcome Ashraf Sinclair to the 500 Startups Southeast Asia team (also known as 500 Durians) to help find and select the next wave of Indonesia investments. I personally relocated to Indonesia for close to a year now, in an effort to significantly deepen our coverage in Indonesia, and this is the first of more new 2017 hires to be announced.

Ashraf is known locally as a celebrity actor. Aside from Ashraf’s career in the entertainment industry, he is also a seasoned business person, having started restaurants, gyms, content and production agencies, and most recently co- produced a sold out 3,500 person solo concert for his wife, Bunga Citra Lestari, Indonesia’s Award Winning Singer Actress.

I’ve know him for the past 4 years. I referred Ashraf his first startup investment, Korean cosmetics company Althea, to invest in as an angel.

After seeing how Ashraf thinks, moves, and adds value to a startup, I knew I wanted to work with him more. I want the startup industry to leverage the world of mass media and trends, something the local entertainment industry understands well. Ashraf can be this bridge.

There is immense alignment with his ambitions to use the network he has gained in the entertainment industry to support and build the next generation of Indonesian “creatives”. The enormous Indonesian market wants more than just entertainment. They want products, services, and solutions that calls for a new generation of entrepreneurs to provide. 500 gives Ashraf a platform to do this faster, at a larger scale.

I expect a lot of the new, game changing startups to come from outside the tech startup echo chamber. The startup industry in Indonesia is booming. But it is still relatively new compared to the entertainment industry in the region. Many entrepreneurs building real businesses across the country may not have heard of venture capital, but they would’ve heard of Ashraf.

Ashraf’s next order of priority is to deploy capital from the $50 Million US Dollars 500 Durians Fund II into Indonesian startups, alongside myself and 500 Startups Partner Vishal Harnal.

500 Startups is no stranger to investing in Indonesia, having invested in over 30 companies in the country, including Bukalapak, Kudo, Bro.do, HIJUP, Kredivo, and others.

Much of 500’s Southeast Asian portfolio of 120+ companies have expanded operations into Indonesia. Any regional startup will want to get a foothold of Greater Jakarta’s 25 Million Facebook savvy population, and the cities beyond Jakarta. And they have all set up operations here. And that’s why we want to do what we can to help them win Indonesia.