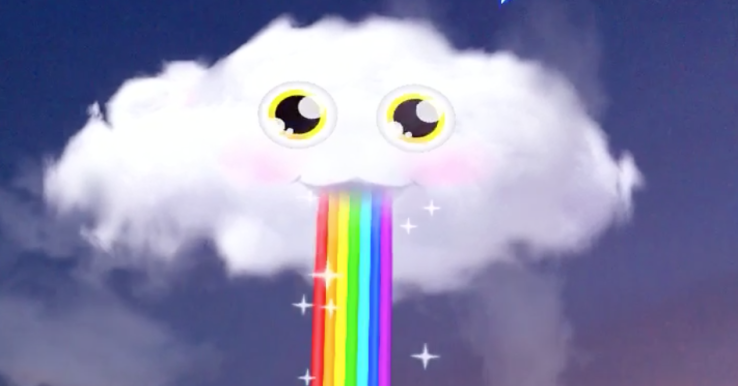 This is a game changer!

Snapchat has released a new feature that signals its first foray into the world of augmented reality beyond just faces.

The 'World Lenses' feature sees Snapchat enter into the realm of 3D objects for the first time.

The new lenses can be added to any scene, and are anchored to real-life objects to create the illusion that they have blended seamlessly into their surroundings.

The lenses allow users to place and then interact with the objects, walking around them or through them - and they look as though they are real through the smartphone camera.

The feature is limited to just a handful of lenses at this stage, with the rainbow proving the most popular - though Snapchat says they will update the available lens list daily, just as they do with their current filters.

The new feature has attracted speculation that Snapchat's competitors - most notably Facebook and Instagram - will replicate it like they have with the app's Stories and Filter functions.

Want to Boost Your Team’s Productivity? Revamp Your Office Space

Steal These 4 Business Tips from Airbnb

How a Brick-and-Mortar Store Can Be the Foundation of Ecommerce Succes...

Ditch The Jargon: How To Write Strong Mission Statements