The team behind the controversial startup did not quit, but instead pressed on to continue building the business. 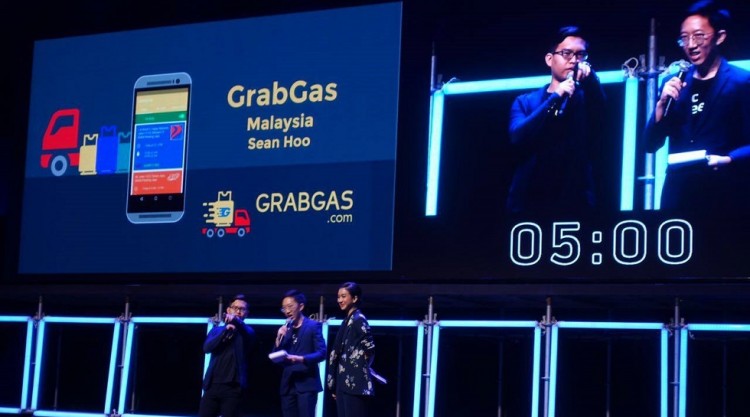 GrabGas, the controversial (on-demand gas delivery) startup that was the talk of Malaysia's startup scene last year announced that they will be rebranding themselves as HaloGas effective today.

When asked about the reasons for rebranding, the founders mentioned that they were looking towards a fresh start after a turbulent previous year of controversy followed by a legal suit.

Their aim from here on is to focus solely on growing the business to bring value to their users (as well as investors) and turn it into a sustainable company as they had set out to do from the beginning.

"With just 2 of us left in the company, we asked ourselves if we still want to do this thing in the mamak shop nearby our office. The only response in mind was “ Let’s rebuild the entire thing together again” Besides that, to give up also means to lose the trust that our existing investor has put into us. The fiasco has definitely strengthen the relationship between us. We also told our co workers that we will try our best to resemble this company so that we could welcome them back. That night, we took out a pen and paper and started to scribble a plan to rebuild this. To continue to survive, we decided to forked out our own limited money that we’ve got to attain the little dream we once had. " - mentioned Sean Hoo in a Facebook post

In rebuilding the company, Sean and Jeson had to restart from the drawing board. After losing everything except their domain name previously, they had to rebuild the website, mobile app, and go out once again to on-board more gas delivery drivers. All this took them several months to do so, and is still on-going today.

"This fiasco has made us lose our product, a pen to paper investment deal that was much needed, an oncoming nationwide partnership, ruined our reputation and due to the lost of funding we couldn't afford to pay our co workers and therefore they would have to leave the company one after another. We were literally at a stage that was worse than being scratch".

Today, with the increasing number of orders and drivers joining the company, the team hopes to take the company to the next level by improving the platform and to scale the business more rapidly across Malaysia, particularly Johor and Penang.

In a recent conversation with Sean, he also mentioned that they are on track to forge new partnerships with gas delivery companies in Johor and Penang.

He and his team also believes that the service would in fact be more beneficial if brought to more sub-urban areas of the country due to the irregular schedules of existing gas delivery drivers, which can be frustrating for many.

No startup will thrive long term without sufficient revenue. HaloGas will focus on monetizing their business by charging drivers a success fee of RM1 for every canister delivered from using their platform.

According to Sean, there is a market of several hundred-thousand deliveries done monthly in Klang Valley alone, and they're barely scratching the surface of the potential revenue they generate. Sean also mentioned that the team is seeking to raise a seed round with a strategic investor that could also guide and mentor them throughout the journey of building the company.

The fact that HaloGas has managed to survive despite all that has happened is certainly a miracle in itself. The team has definitely worked hard to bring the company to where it is today, which is partly due to the support they've received their friends and existing investors. It will definitely be interesting to witness what will happen from here on, which hopefully will result in a success story that makes Malaysia proud.

Want to Be a Successful leader? Try Changing Your Voice