Can a resource-based country turn its population into entrepreneurs and innovators? 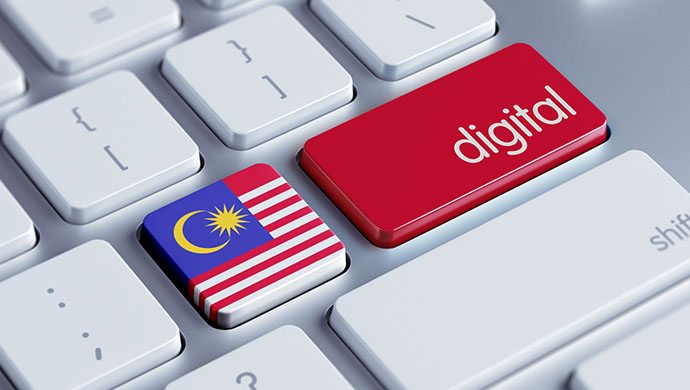 Situated at the heart of SEA, Malaysia’s strategic location affords it the capability of easily connecting to a regional market of over 625 million people as it shares land and maritime borders with 6 countries.

Malaysia, though, have set itself apart from its neighbors, with GDP ranking of 27th in the world and as the second highest growth in ASEAN with 6 per cent (behind the Philippines’ 6.1 per cent). With the rate that it is going, it is poised to become the 21st largest economy in the world in 2050.

With an economy that is predominantly resource and manufacturing based, Malaysia has diversified by pushing for tourism. Who hasn’t had that “Malaysia, Truly Asia” tune stuck in their head?

The push worked, and coupled with the world’s discovery of the country’s rich natural resources, have shot tourism to the top as Malaysia’s third largest source of foreign exchange.

But beyond export and manufacturing and tourism, another player is rising up to lay claim to a share in the Malaysian economy: its startup ecosystem.

Ranked 23rd by the World Bank for ease in doing business, the country’s startups are growing in numbers and funding is coming in.

With the prominent involvement of the Malaysian government, especially in the early stage development, the startup ecosystem has been gaining momentum the past couple of years and has produced stars such as Grab, iflix, and 123RF. With regulation policies and facilities that support startups, and a private sector that has begun to step up, Malaysia is the second top hotspot to launch startups in the world.

The challenge, now, is how to direct the energy and the increasingly innovative population into developing solutions and propelling them to a global stage?

There are many ways that a startup differs from a traditional enterprise but none the most obvious than the experimental nature of startups. Technology can be and is being used everywhere, but startups are the ones usually blazing the trail in not only developing new tech but also in figuring out how it can be used, how it can be monetised, how can it be brought to the market, and how it can potentially change the way of life.

A task as huge as that, coupled with the mostly lean organisation size of startups, benefits greatly when given access to mentors and resources. After all, you can’t change the world if your view is limited to what’s in front of you.

This, particularly, is the reason digital or innovation hubs are cropping up worldwide. When startups are put into an environment that allows them access to local and global resources, productivity and innovation not only speeds up but takes on a more scalable form.

Government and private sector support features prominently in the growth of Malaysian startups, as they fuel and fulfill the growing awareness of a need to cultivate a growth-centric environment.

The Malaysia Digital Economy Corporation (MDEC), in particular, has been a driving force in the development of the country’s digital economy, creating and nurturing a platform that supports the growth of local tech startups as well as attracting foreign interest in Malaysia’s digital economy.

Technology as a foundation for all industries

What used to seem to be an entirely separate entity has become the norm. At an age when technology is intertwined with the daily life, focussing on growing tech startups is clearly important not just for the startup ecosystem but also for the economy in general.

Other industries benefit directly from technology – cutting down risks, increasing productivity, and generally improving work environments. Add to that the growing interest in what can be loosely called digital tourism, where businesses and individuals travel to other countries in the interest of discovering new technology (think: the attraction of visiting the Google campus and joining conventions such as CES).

In that aspect, and in every other aspect, a digital hub that gives startups a platform to access resources to develop their tech is a total economic boost.

One product image that won’t load is enough to shoo mobile shoppers ...

The 6 Things I Stopped Doing This Year