How Did Mark Zuckerberg Retain 26% Of Equity In Facebook After Raising So Much Money?

Zuckerberg was not getting carried away by the VC bidding frenzy 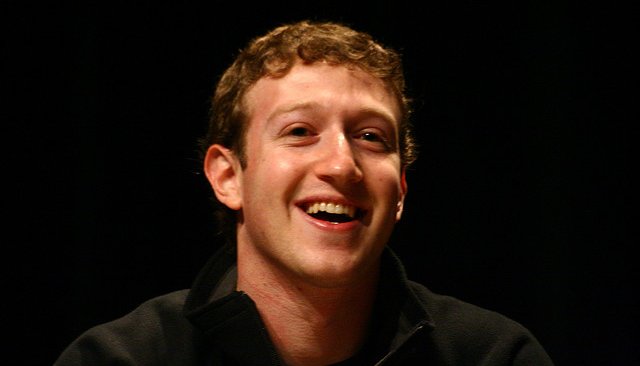 In general, my observation is that entrepreneurs retain a much higher percentage of equity if they can bootstrap their way to showing real traction, and then keep delivering solid performance metrics.

Obviously, Facebook was in high gear when Peter Thiel invested the first outside money into the company, so seed financing was not some $25k for 10% equity from an incubator. Rather, it was $500k for $10%. This started things off well, the cap table had lots of room for raising new rounds without ridiculous amounts of dilution.

Prior to the Peter Thiel investment, there was a small amount of friends and family money in the company, and by the time the first outside round took place, the company had started generating ad revenues. The valuation for this round was $5M in September 2004.

In May 2005, the company raised its Series A round of $12.7M at a $100M valuation from Accel Partners. Note, the revenue metrics were solid, at a $6M annual run rate. The company was fully validated, and the user metrics were growing like a rocket. The performance metrics, coupled with Peter Thiel’s extensive connections and influence drove follow-on rounds of financing into a bidding war. I remember, during these years, EVERYONE in the industry was talking about Facebook, and Zuckerberg as the next Bill Gates. However, Zuckerberg didn’t get carried away. He only raised a modest amount of money compared to what he could have raised under those circumstances of over-subscribed bidding frenzy.

In May 2006, the company raised $27.5M at a $525M valuation, with a revenue run rate of over $50M from Greylock, Meritech, and Founders Fund. Again, rock solid performance metrics, and a validated company growing like a rocket. This is the dream of all VCs, and the type of company that comes along only once or twice a decade. So, all the VCs were scrambling to get into the company.

The entire negotiating power in each round was with Zuckerberg. As a result, he managed to not only get high valuations in each round, minimizing dilution, he also managed to negotiate all sorts of favorable terms vis-a-vis voting rights, etc. ensuring a firm hold on the company’s vision.

The company raised more money after that. In October 2007, at a valuation of $15B, they raised a $240M Series C. Revenue run rate was $150M. Microsoft was the new investor, and was trying to figure out social media, so it was a strategic investment, and valuation was way above was performance metrics warranted. Microsoft only got 1.6% of the company.

Competition to invest in Facebook remained crazy as they raised Series D ($750M revenue, 2009), Series E ($2B revenue, 2010), Series F ($3.3B revenue, 2011). The Series D valuation was also opportunistic as Yuri Milner’s Digital Sky was coming into the Silicon Valley market as an investment player, and invested $200M in Facebook for only 1.3% equity.

As you can see, there were two things going on:

(2) Zuckerberg was not getting carried away by the VC bidding frenzy, and unless the terms were entirely irrationally to his satisfaction (Series C and D and later), he was not raising too much money early on (Seed, Series A, Series B).

If you’re going to raise a lot of money, it is essential that the fundamentals of the business are spectacularly good, to retain significant ownership, and to give you negotiating leverage. This keeps down rounds to a minimum, and hence, dilutions to a minimum.

Calls for my favorite cartoon: Who Makes More Money?

A lot of companies that are basking in the glory of being Unicorns currently without adequate performance metrics to support those valuations will soon experience severe corrections, down rounds, etc.

My concluding comment: focus on the fundamentals. Deliver on the performance metrics.

Do not go to VCs as beggars. Go as kings, as Zuckerberg did.

This article was first published on Sramanamitra

10 Great Quotes on the Power of Goals

10 Great Tips To Raise Funding For Your Hong Kong Startup