5 reasons why founders are failing today.

From some of the data we've collected and from studying a broad range of over 100 companies that have failed, here are some of our findings: 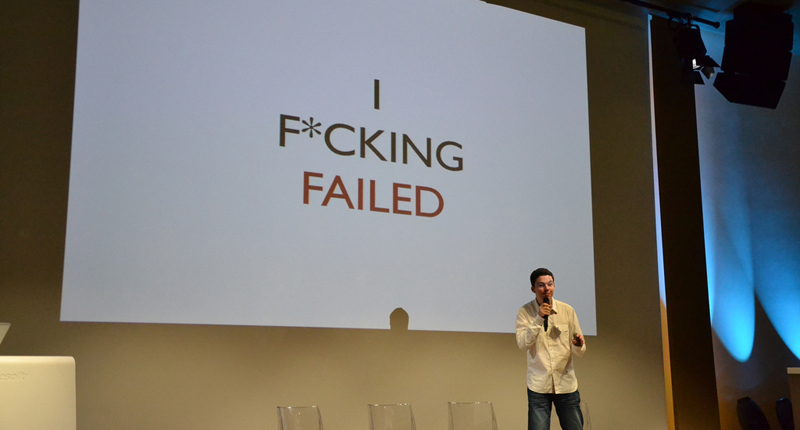 Startups are the 'in thing' these days.

It's like an epidemic to a point where it's "trendy" to be building a startup. When you read the news, it seems as though founders are raising funds every single day, and there is so much success and 'growth' in the ecosystem. Everyone seems to be building a billion dollar unicorn.

Unfortunately, this is totally not the case.

What many fail to realize is that for every one success that is reported in the media, there are easily 20, 30, 50, maybe 100 other companies that went bust or are on the verge of collapse. Study has shown that 67% of startup founders are building their FIRST startup. Over 85% of founders running their FIRST startup fail, only 18% start all over again.

Failure is a very real thing. It shouldn't be glamorized or treated as taboo, but instead it needs to be addressed.

What constitutes to these failures?

From some of the data we've collected and from studying a broad range of over 100 companies that have failed, here are some of our findings:

1) Spending too much time focusing on the wrong things

Often times founders aren't focusing on the right things in their business. What are some of these things? Things like:
- Spending too LITTLE time validating their ideas before executing them, resulting in them building something that the market doesn't need.
- Spending TOO MUCH time building the product and rolling it out after the space is too crowded/saturated.
- Spending too much money building 'their product with unnecessary features instead of improving what works.
- Spending too little money on areas that bring sales/growth to their business (ie: business tools, marketing, advisory/consult)
- and more...

If there was one thing every startup should be focusing on, that would be speed of execution. Get your product out fast. Move quickly. Stop worrying so much about whether the button looks 'right'. It's okay, everyone knows that startups aren't perfect. The key is to validate your idea/product quickly, learn from the mistakes, pivot quick, and drive value as rapidly as possible with as minimal cost as possible.

Think of it like playing a war strategy game - How can I defeat my enemy with the least amount of resources in the shortest period of time? THAT is what you should be focusing on.

2) Not getting enough support & backing

This is exceptionally common especially for new startup founders. They tend to focus more on 'controlling' their business instead of trying to grow it as fast as possible. They worry more about trying to own 51% of equity in the company rather than focusing on "how can I build a million dollar company with the help of more stakeholders".

World renown TEDx speaker Bill Gross states that the single biggest thing that attributes to startups succeeding is the TIMING, and the second would be the BACKING they have. WHO makes up your TEAM is far more important than WHAT you are building. Focus on finding these people. Get them on board.

Whether it is selling your product, creating awareness, or raising funds - You need to be very clear on what it is you're offering. What is the value you're bringing to the other party?

If it is your customer - What sort of value can my product/service bring to make my customer's life easier/better/faster/smoother/cooler? Am I communicating the message clearly to them?

If it's an investor - How can my business/team ensure that this investor's money will yield positive returns? How do I bring equal or more value to them? How can they bring value to us?

Leverage comes in many forms. Some come in technology, sometimes they come in the form of knowledge.

We live in a world where technology is powering everything around us. It is a proven fact that companies that leverage on technologies to optimize their operations and scale outperform those that don't. Don't stinge on paying for software/services that can make your life easier. Some of them include services like payroll, accounting, email marketing, and more.

Leveraging on other peoples' knowledge allows you to save an enormous amount of time especially in areas that you're unfamiliar with. Seek guidance, pay for advice, get a mentor. No doubt some of these things are expensive, but they save you time - LOTS of it.

Business is never easy. As a startup, not only do you lack the resources to do many things, you are thrown into a world where there is so much uncertainty and unknowns. You have to do so much, yet there is so little time and resources. To overcome this, strategy, speed, and knowledge are crucial.

Executing + learning fast and seeking the right advise can have a monumentally positive impact on whether a business makes it through the next stage or not. If anything, all founders of companies should familiarize themselves with at least some of the following:

Gaining a deeper understanding of the areas listed above will greatly save you lots of time in the long run. If anything, these are areas that should be addressed as early as possible.

There are many more factors that could attribute to failure, these are just some of the high order bits. At the end of the day, business is likened to war. It is tough. Really really tough. It's for the survival of the fittest.

However success is also something that many have attained. The question at the end of the day would be - What did they focus on?

What to expect tomorrow at the BEAM Insights - Raising Startup Capital...