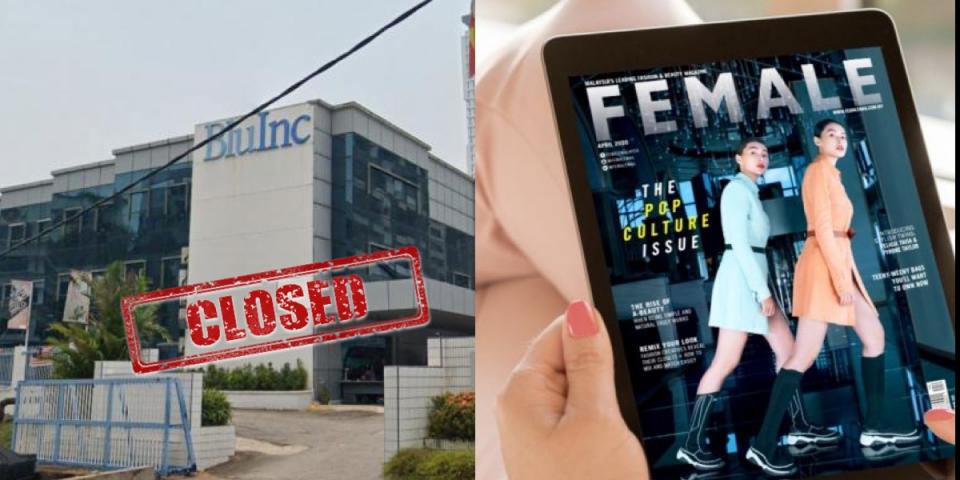 One of Malaysia's top magazine publishers, Blue Inc Media, has shut down for good as of 30th April.

Blue Inc is best known for being the publisher of popular magazines such as Cleo, Female, Her World, Harper's Bazaar, Jelita, and Marie Claire, mostly distributed across Malaysia.

Staff were informed via a memo from the CEO earlier yesterday that the firm would be closing down, ending its print and digital businesses effective immediately.

In a statement to the media, CEO Azliza Tajuddin mentioned that the closure was inevitable due to falling revenues and an uncertain future due to digital disruption taking place globally.

"Our business has already been under a tremendous challenge from digital disruption over the past few years. While we have made increasing investment to build our digital capabilities, it is still unclear whether we have gained sufficient traction while the losses continue to increase", mentions Azliza.

Blue Inc isn't the only media company affected by nationwide lock-downs, as large publishers such as The Edge Financial Daily have also been affected.

50Gram founder steps out to share his digital marketing experience.