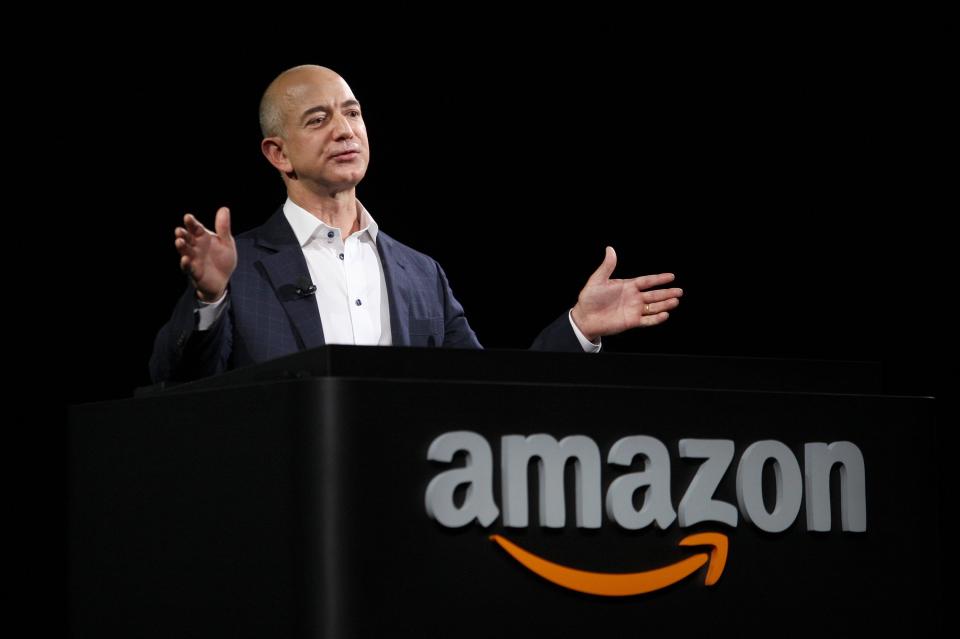 The retailer’s stock has reached a record high, thereby the net worth of the retailer has been raised to a historic gain of 5.3% which equates to $138.5 billion.

Due to the recent health situation, the world’s richest person’s Amazon platform is becoming more productive day by day.

As consumers are staying home due to the lockdown, they have turned to Jeff Bezos’s Amazon.com platform for their shopping needs, thus raising the retailer’s stock by a net worth of $138.5 billion this Tuesday. These gains come in light of what has been a global economic standstill with almost 17 million Americans unemployed just in just a span of three weeks.

Wells Fargo & Co. and JP Morgan Chase &Co. has reported that losses resulting from loans will be the primary fuel that lead to wholesale cuts of the job’s for the masses. Amazon efficiently disrupts the retail sector by providing a cheap and easy alternative to the shopping experience of consumers.

The recent downturn in economic fortunes is expected bring about a financial crisis similar to the one that happened in 2008.

Many wealthy peers of Amazon and Bezos’s counterparts have seen a recovery in their fortune in recent days. They have seen marked increase within their markets largely due to an extraordinary stimulus made available by the central bankers and government.

According to the Bloomberg Billionaires Index, this year’s world’s 500 wealthiest people’s combined worth is expected to increase at a rate of 20%, i.e., $553 billion from March 23, 2020.

The chief market strategist at Miller Tabak +Co., Matt Maley, has noted that “The wealth gap is going to increase higher compared to its current level”. Wealthy earners in the higher echelon need not worry as they control the majority of the economic buying structure where most of the transactions happen.

According to Sundial Capital Research, in beat-down industries, the data derived from industry transactions of travelling, health care and gaming, suggest that the directors are more optimistic than ever before that their business and strategic decisions have been on point in the past decade.

Randal Weisenburger, a member of Carnival Corp, whom bought stock in the beleaguered cruise-line operator of worth $10 million has seen its shares jump in value by 56% since he made his purchase. The Co-head of the UBS Wealth has also reported that most clients are getting in contact to place wagers while others are looking at maximizing returns.

Due to faltering crude oil prices which are affecting wildcatter Harold Hamm, many companies in the oil and gas industry have nose dived in recent times with their fortune down to $3.7 billion.

Google searches for “Recession” and “Lost Job” shoot up to all...

Eventbrite lays off half their workforce as the events industry shuts ...

Spain plans to roll out Universal Basic Income as soon as possible.