Over 1.5 billion users around the world use ByteDance services. 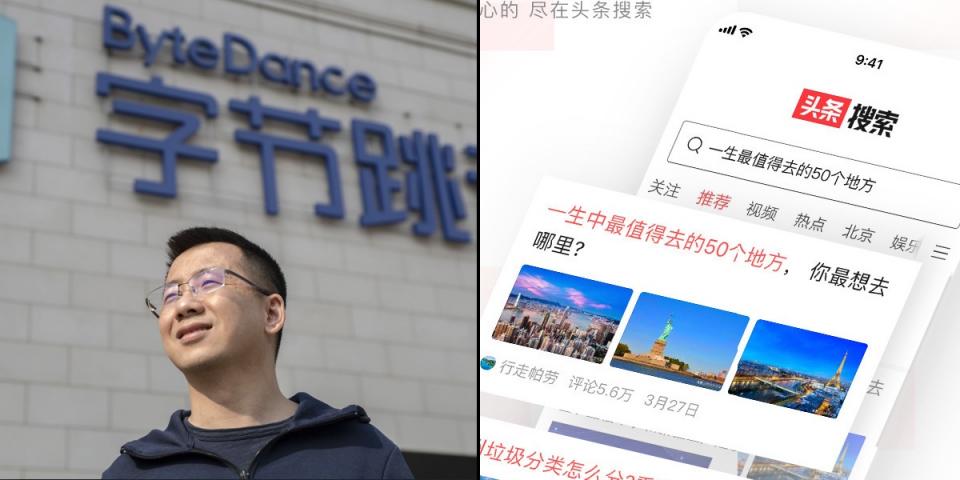 The app was launched on February 20th, and is only available on certain Android app stores in China.

This puts ByteDance as a powerful contender to challenging Baidu's dominance in China's search engine space.

Traditionally starting out as a news aggregator powered by A.I, the ByteDance is aggressively expanding beyond its core businesses into new sectors, such as e-commerce, gaming, and search.

The eight-year-old company is reported to have been taking increasing ad revenue share from China’s top tech firms including Baidu, Tencent, and Alibaba.

ByteDance is currently the most valuable startup in the world, valued at over $80 billion.