Aimed at supporting protesters in Hong Kong, the US Senate unanimously passed a bill. 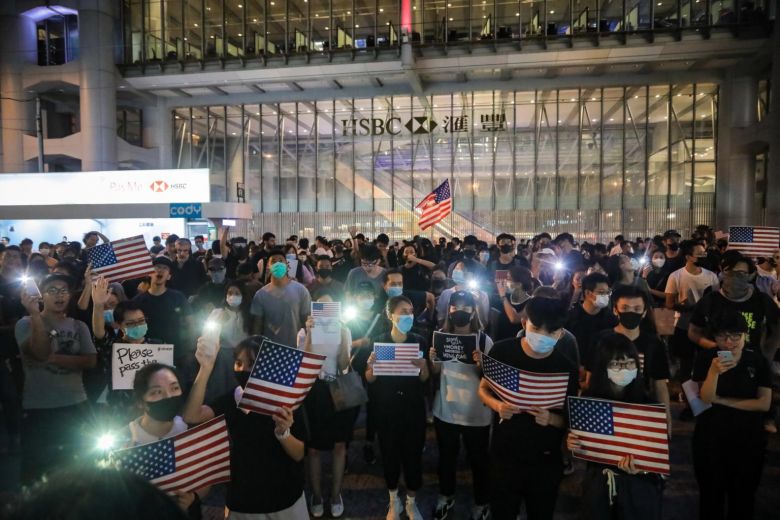 China reiterated with a threat to impose unspecified retaliation if the bill became law and urged the US to stop meddling in Hong Kong affairs.

Hong Kong’s government expressed “extreme regret” and the legislation would negatively impact relations with the US.

The vote marks a challenge to the government in China as the US and China, the world’s largest economies, seek to close a preliminary agreement to end their trade war.

The bill’s passage, as well as China’s threat of retaliation, hit stocks around the globe. After surging 2.9% in two days, the Hang Seng Index lost as much as 1.1% Wednesday. Japan’s Topix index extended losses, while US stock index futures fell.

The legislation comes at a difficult time for President Donald Trump as his administration is trying to complete the first phase of a long-awaited trade deal with Chinese leader Xi Jinping.

If the demonstrations in Hong Kong are met with violence, it would be tough for the US to sign a trade agreement with China.

“Any unilateral change of US economic and trade policy towards Hong Kong will create a negative impact on the relations between the two sides as well as the US’s own interests,” Hong Kong’s government noted.

Taiwan to gain US$22.9 billion from investments of returning businesse...