Foodpanda's app ratings have dropped from 4* stars to 1* star due to angry users.

Riders went on strike in the past week due the introduction of a new payment scheme. 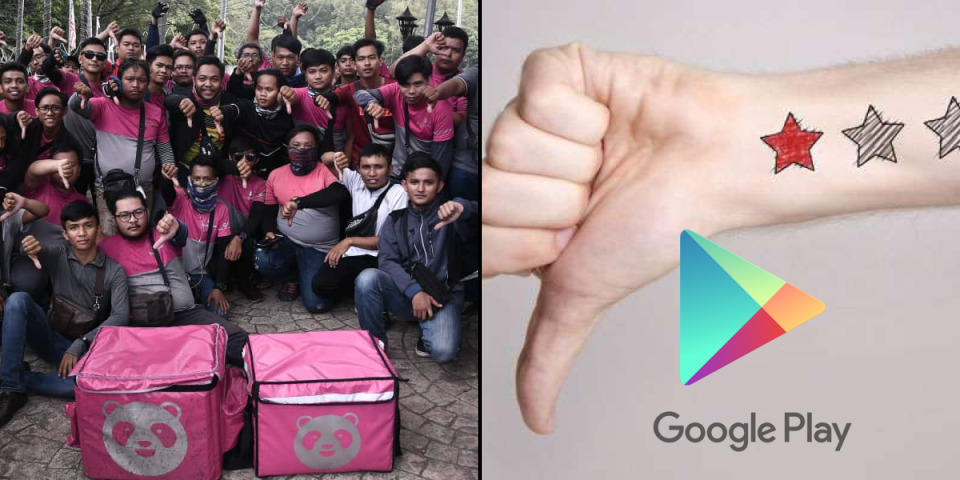 Foodpanda, the popular food delivery app has had a slew of negative press and angry riders going on strike in the past week — resulting in many users boycotting the service and down-rating the app on Google Play.

This comes after the company decided to stick with a new nationwide payment scheme to pay riders based on deliveries made instead of an hourly wage in Malaysia, infuriating many riders.

Although the new payment scheme promises riders an increment for deliveries made (increment of MYR2.50 per order), this struck a chord among a large number of those who are in favour of the old payment scheme.

Many of the riders voiced complaints of unfair treatment and lack of financial security, lamenting how cancelling orders out of reach may result in their accounts being suspended or even terminated.

Many netizens in support of the riders took to social media to voice their complaints, igniting a #BoikotFoodpanda and #UninstallFoodPanda campaign.

As of today, it appears that the situation between Foodpanda and its riders will continue on without a clear conclusion.

Foodpanda will be testing its new payment scheme for riders outside of Klang Valley for the month of October, while riders within Kuala Lumpur will continue with the old payment scheme until further notice.

"We are confident that the changes made are for the better, thus we will be sticking with the scheme for the moment", mentioned Sayantan Das, MD of Foodpanda Malaysia in a press conference.