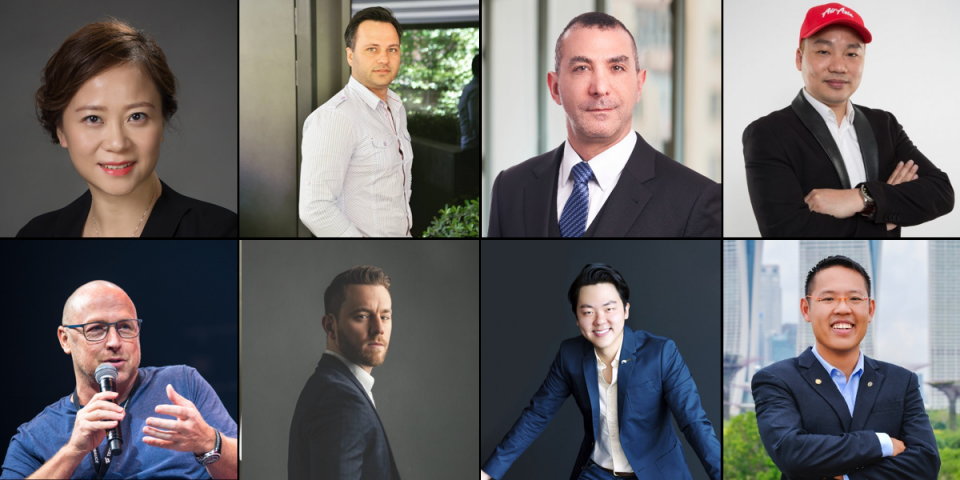 World-class speakers from all over the world will be flying in to Penang this 26th - 27th October to share their valuable insights and experiences.

Below are some of them:

Tan Yinglan founded Insignia in 2017 that holds $ 150 million worth of sovereign wealth fund as an early-stage technology investor.

Previously, he was a venture partner with Sequoia Capital in Sout East Asia where he sourced big names like Gojek, Traveloka, and Carousell.

Apart from serving numerous positions in the government, he has been named:

As the CEO since 2016, Soner has bagged BEAD technologies best innovations award in 2018 by:

Before BEAD, he was the MENA Regional Bussiness Development Manager at E-on Ista Holding, overseeing operations in 5 countries and 3 continents which raised € 50 million in revenue in 2 years.

Noah has 20 years of experience with data and technology, on developing probabilistic models for complex and stochastic systems.

He has published several papers on mathematical modeling of complex data systems with innovative analysis methods, while founded these technology firms:

Noah has developed solutions for multiple clients in different industries:

Allan Phang is known among his AirAsia peers as an intrapreneur — an employee within a company that handles a special project like an entrepreneur world.

He has won the Take Ownership Awar by AirAsia Group for bringing awareness of esport amongst AirAsia big teams.

With his leadership, AirAsia is marching forward in the esport platform:

At Horangi Cyber Security, Paul is bringing cyber solutions to the Asian market by providing companies with actionable data for strategic business decision-making.

Previously, Paul has played a big role in expanding Palantir into the Asian Pacific market in Singapore, Korea, and New Zealand — engaged with both commercial space and government.

Grab appointed Paul in 2016 as the head of IT with his extensive experience in:

Ivory joined Percent in 2014 to bring commercial application of big data and artificial intelligence for businesses.

With her insights from the World Economic Forum in Geneva, Switzerland, she joined Huawei as a senior expert in global government affairs.

With her leadership, Percent has won many big data and AI awards:

Joel has taken its mobile payment and reward service into Malaysia, Singapore, and Indonesia, with backing from a well-known investor, Sequoia Capital.

Apart from that, he was one of the early founders of Groupon businesses in the Asia Pacific region and co-founded the social news platform, SAYS.com — now part of Media Prima’s RM100 million acquisition.

As an investor in technology funds and Asian startup himself, he has won notable awards:

Zach is involved in the organizational design and growth of many FinTech, InsurTech, non-financial blockchain, distributed ledger, and emerging technology companies across Asia.

Get your tickets to Innovatif+ event here.

Singapore based Cyber Security company focusing on strengthening security in the region.

Stripe has launched its service in Malaysia — providing faster onlin...