...when he already had a top job in the music industry 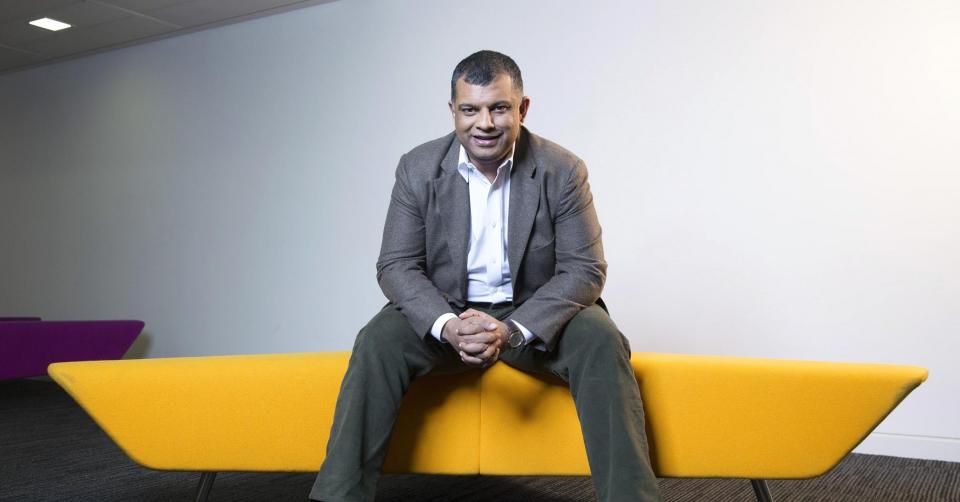 If you look at entrepreneur Tony Fernandes' career history, you'll find an impressive job catalog from the likes of Virgin Communications, Warner Music and a U.K. soccer club.

What Fernandes is probably best known for however, is heading up AirAsia, a low-cost Malaysian airline.

But how did he make the jump into the airline space? CNBC sat down with the entrepreneur in a "Life Hacks Live" episode, to find out more.

"I was in the music business, I kind of got tired of people telling me what to do from somewhere in New York, and I was against the merger of AOL and Time Warner. So I just quit," Fernandes told CNBC, adding that he didn't want to take someone's salary and be a hypocrite, while he complained about it.

Around the turn of the millennium, Fernandes was sitting in a London bar, when he saw entrepreneur Stelios Haji-Ioannou, who is famous for creating easyJet, a low-cost airline which now flies more than 75 million passengers annually, across 31 countries.

"I thought 'What a great idea'. I've always loved planes. I've always wanted to own an airline — it's one of those things you say right, but you don't actually believe you're going to do it. And I thought 'Wow, is this the calling?'" the group CEO of AirAsia said.

Fernandes does admit however that there is a "very fine line between brilliance and stupidity," so if he did end up failing, he would have to admit that it was a stupid decision. After successfully turning around the struggling low-cost airline back in the early 2000s, however, Fernandes accepts that he's "done alright."

'It's a fairy tale,' how far AirAsia has come

Today, AirAsia is a thriving low-cost carrier, however the company itself dates back to the 1990s. Established in 1993, AirAsia went onto be picked up by Fernandes and other partners in 2001, when the airline was heavily in debt. Less than two years later however, AirAsia had turned itself around, having repaid its debt — even with the challenging travel environment it was in at the time.

Now the company has more than 200 aircrafts in service, but according to the CEO, he wouldn't have believed it was going to get this popular.

"I always believed there was a model for ASEAN (Association of Southeast Asian Nations) and I always believed we could be big. I was looking at 60 to 70 aircraft. If you told me I was going to have 230 aircraft, I wouldn't have believed it," he said.

In this year alone, the company is expecting to carry 89 million people, which is about three times the population of Malaysia. "When I started in my first year, we carried 200,000 people," the CEO says in comparison, adding that with "all the obstacles put in front of us, it is a fairy tale," to see how far the company has come.