Learn from the entrepreneur's successes -- and his mistakes. 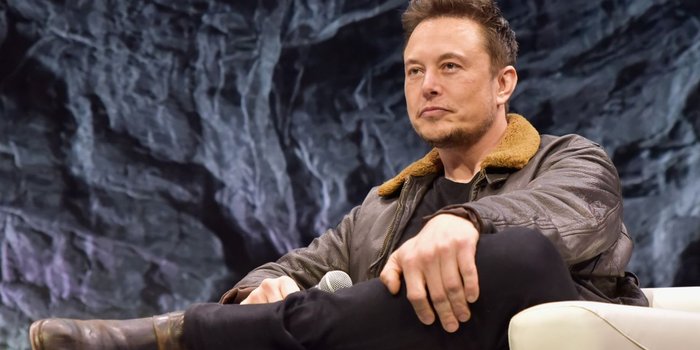 If there's one person who embodies the idea of "entrepreneur," it's Elon Musk.

He has been responsible for the development of a large number of high-profile technology companies, which include Zip2, X.com (later merged with Confinity to form PayPal), SpaceX, SolarCity, Tesla and many others.

What's remarkable about Musk is the way he funded his startups, especially SpaceX and Tesla. While he has relied on external funding, he nonetheless had to face many setbacks that almost brought his companies to an early end.

As an entrepreneur, Musk can teach you a great deal about how to get funding for your startup. Here are the three most important learnings you can get from his experience.

Convince investors with your commitment.

The mid-nineties remind us of an era of unprecedented economic growth and a feeling of prosperity toward the country's future, something that stands in sharp contrast with our present.

The context in which Musk raised venture capital to fund his first startup represents another drastic difference with the present. In 1995, there was slightly over $8 billion available in the global VC market, a small piece of the current $155 billion that was raised last year.

In that same year, Musk launched his first startup, Global Link Information Network (which eventually got rebranded as Zip2), a company that provided directions across the Bay Area. According to Ashlee Vance, author of Musk's biography Elon Musk: Tesla, SpaceX, and the Quest for a Fantastic Future, his beginnings were humble. Musk, his brother Kimbal, and a small sales team pitched the new company door to door for the first months.

For the first few months of operations, Musk couldn't rely on the large pool of available VC funding, or the experience or connections he has today. The only strategic advantages that set him apart were his passion and commitment.

Due to their lack of funding, Musk and his brother had to live on the little money they had, sleeping on futons at their office and using the showers of the YMCA that was located a few blocks away. To convince their investors, Musk and his brother relied on a creative trick: They built an elaborate casement around the computer that worked as Zip2's server and put it on a large, wheeled base that made it look like "a mini-supercomputer."

This trick, together with the frugality in which the Musk brothers lived, helped them become profitable soon. Their early profitability helped them raise money from a small group of angel investors, which would eventually lead to a $3-million investment from Mohr Davidow Ventures, and finally, a $307-million acquisition by Compaq.

The passion and commitment Musk showed goes beyond the funny tricks and futon nights. Musk didn't waste the $22 million he got from Zip2's sale on expensive cars and luxurious mansions. He reinvested -- and risked -- everything to build his second company, X.com, which would lead to PayPal. The sale of PayPal to eBay would net Musk $180 million, which he would then use to fund SpaceX, Tesla and SolarCity.

If there's one thing the beginnings of Musk's journey show, it's that he's the kind of entrepreneur who works for the long run. When he's involved with a company, he goes all in. He invests everything he has, putting all his energies into building them.

It's hard for a venture capitalist to reject an entrepreneur with such a hard-working spirit. You don't need to shower in a YMCA to show the sacrifice you are willing to make for your company (unless you are truly broke, like the Musk brothers were back then). Rather, you need to show you live and breath your company, and that you are willing to do anything to make your vision happen.

Don't give up control too soon.

A hard fact about the tech world is that few startups get to grow to billions of dollars in valuation without any VC funding, something that leads to one problem: dilution of equity and loss of control of the company.

Most startup founders need to live with that situation, and many get to keep control thanks to the high trust VCs have for the founder and executive team. The case of Mark Zuckerberg, who owned 28.4 percent of Facebook's shares at the time of its IPO, is a good example of such case.

Yet, in some other cases, founders lose excessive control too soon, leaving them powerless against the more professional and experienced VCs. This is something Musk learned early in his career.

Musk's career in Zip2 had an abrupt and sad ending: The first funding round deeply diluted his equity, which left him powerless after his board of directors decided to bring on a new CEO and make Musk the CTO. While Musk was still on the executive team, he couldn't tolerate the lack of control and the way the new CEO, Rich Sorkin, ran the company.

Musk met a similar fate with his second startup, X.com. After Musk merged X.com with one of its competitors, Confinity, he ended up being the CEO of the new company, PayPal. Unfortunately, he was ousted from the CEO position after a rather trivial fight over the technology platform PayPal used.

The lack of control he had over his two companies had a significant impact on his future ventures. Nowadays, Musk prefers to start by investing as much money as he can (as you just saw), making sure he always has the upper hand in his company's decisions. His obsession over equity control explains why while he was going through Tesla's funding, he maintained his ownership percentage.

The lessons for you are clear: Before you focus on raising as much money as you can, remember to leave some equity for your own (particularly if you are an inexperienced CEO). If you care about your company's vision, you need to make sure you can carry it out. It's hard to achieve such feat if you hold little voting control over your company. Becoming profitable as early as possible can help you overcome this issue, especially if you get creative, like you are about to see below.

Lack of resources isn't a something that sits well with Musk. As you have seen so far, he has been willing to do whatever he has to do to have his companies prosper. What's remarkable about Musk is that whenever he's got all the odds against him, he turns the situation around by being resourceful.

To help you understand what I mean by this, let's take a look at what he did with his latest venture, The Boring Company. Despite the fact he funded the company with his own money (as usual), the mission to build underground tunnels seems like an expensive task, making the company strapped for cash.

To raise money for the company, Musk decided to sell expensive flamethrowers at $500 each, which helped him raise over $10 million in just a few days. Instead of spending a long time raising money with the help of VCs (which would have diluted his ownership), he took one of his most significant advantages -- his personal brand -- and used it to make money for his startup.

Being resourceful is an attitude shared by almost all successful tech entrepreneurs, like the case of the founders of Airbnb. According to the author Leigh Gallagher, author of the book The Airbnb Story, when the founders were on the verge of bankruptcy, they decided to sell cereal prior to 2008's Presidential election. Thanks to their PR-fueled campaign, not only were they able to extend the life of the company (which today is worth $31 billion), they were able to get accepted into Y Combinator, the famous tech accelerator, which would lead to their first funding round and the growth of the company. As Paul Graham, the co-founder of Y Combinator said, "If you can convince people to pay $40 for a $4 box of cereal, you can probably convince people to sleep in other people's airbeds."

The lesson you can learn from Musk shows you that if you lack funding (or any other thing that is essential to the existence of your company), it's your job to do whatever it takes to get it. Life isn't fair for risk-averse entrepreneurs, yet Musk has been able to make his companies work by getting creative, thinking on his feet and showing commitment right from the start.

Author Info:
This article was first published by Ivan Kreimer on Entrepreneur