If we want to solve tech's talent crisis, we need to change how we hire 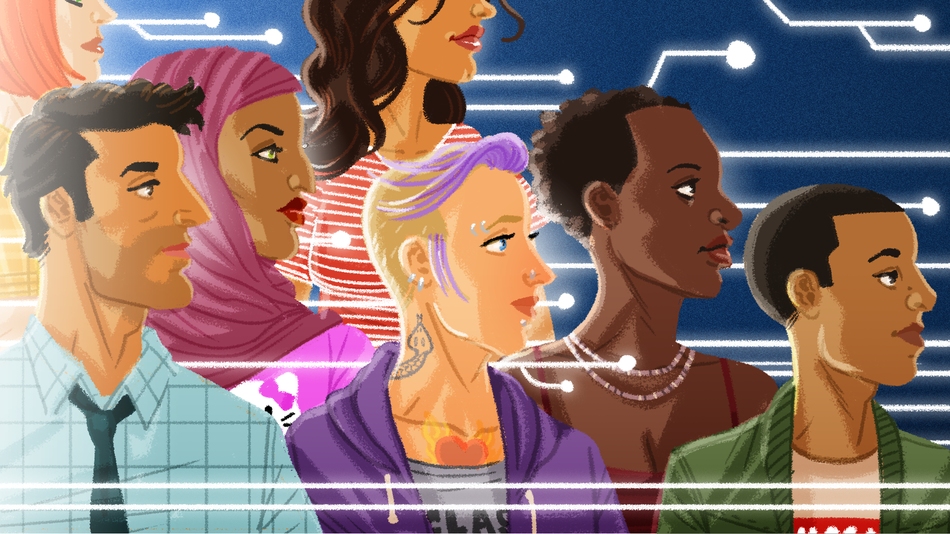 As a chief human resources officer in the tech industry, I know firsthand that the talent gap is real. In the cybersecurity segment alone, experts predict some 2 million roles will go unfilled by 2019. And in an ultracompetitive, fast-moving industry — where finding and securing top talent can feel akin to spotting a snow leopard in New York City — addressing diversity in the recruiting mix can be a real challenge for many hiring managers.

But by putting diversity efforts in the back seat, companies deprive themselves of the rich creativity and ingenuity that fuels technology innovation. Building a diverse and inclusive team isn't just the right thing to do — it’s a competitive weapon that simply can’t be ignored.

A recent Pew Research Center report shows that although the number of computer-based roles has grown 338 percent in the United States since 1990 — when nearly a third (32 percent) of those in computer-related roles were female — only a quarter (25 percent) of those new positions were filled by women. And the problem is even greater when we look at underrepresented communities and people of color: The same Pew report shows that African Americans represent only 9 percent of the STEM workforce, for example, and Latinx workers just 7 percent.

"We need to do things differently to drive the growth and results our industry demands."

These numbers tell us that the technology industry doesn’t reflect the communities in which we live. What may be less obvious, though, is that this lack of diverse thought hurts our industry in many subtle ways. When we’re surrounded by people with different experiences — whether that’s because of race, gender, religion, sexual orientation, disability, or education — our brains do something incredible. Research has shown that social diversity enhances creativity by encouraging us to uncover new information and perspectives, leading to better decision making, problem solving, and innovation — all of which are critical to our industry’s success.

It’s clear we need to do things differently to drive the growth and results our industry demands. So, the question is, how do we embed diversity efforts to recruit and retain our highly sought-after employees?

Here are my top three tips to make a difference:

1. Make diversity part of every conversation.

As human resources leaders, we need to always ask, "How does this support diversity efforts?" And if we can’t confidently answer, we must rethink. Whether it's making sure a woman sits on every hiring panel so that a female candidate is always interviewed by at least one other woman, or setting goals for recruiters that align to the available diverse talent pool, we have to make diversity part of our everyday business practice.

These measurements may appear laborious at first, but we need to recognize the huge gains diversity affords us overall. And until we reach parity, we can't slow down.

Only 23 percent of cybersecurity professionals believe an IT degree adequately prepares students for a role in their industry. And yet, most of today’s job descriptions request a bachelor’s degree.

In my current role at McAfee, we've removed degree requirements and placed additional emphasis on skills and real-world experience. Take, for example our threat-hunters — the managers that look after our labs and security operations. This team requires skills that aren't rooted in formal education. Instead, they require passion, collaboration, and excitement about solving problems.

Removing formal qualifications also means hiring managers aren’t drawn to educational backgrounds that match their own, or work experience that’s not accessible to applicants without connections to top-tier tech companies. The resume has taken a back seat in our HR department, and it feels good.

The first step toward overcoming unintentional bias is recognizing it. Does your team currently look strikingly similar in education, race, ability, or gender? When you're hiring, are you talking to candidates who think like you do, or are you including someone who might think differently?

Our brains are wired so that we naturally gravitate toward people who look and act like the existing set; it's familiar and we understand it. The next time you're hiring— or even just next time you’re in a meeting — survey the room and ask yourself, "Is there enough thought-diversity present for me to make the best decision?" And if there isn't, change it.

Every hiring manager and HR leader recognizes the tough competition for top talent in today's market, but few understand how to bridge the gap between the people they need and the flaws in their existing hiring process. If we don't actively work to make changes now, and bring in more role models for future generations, it's unlikely we'll reach the bold ambitions we all have for the technology industry.

We need to work together to make a difference.

Author Info:
This article was first published by Chatelle Lynch on Mashable