A hiring manager and a new hire reveal what it takes to get in at the social media giant. 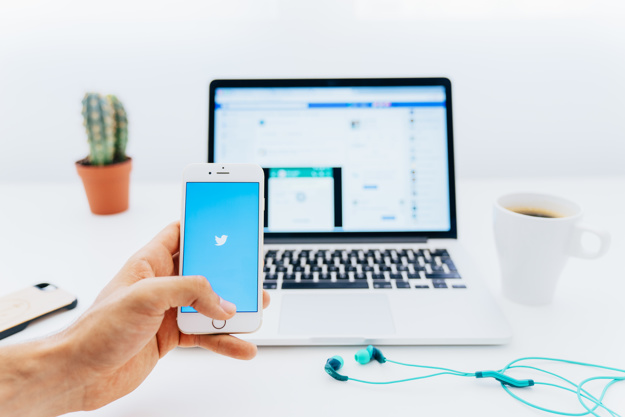 There’s a decent chance you came to this article via Twitter. While the company isn’t as big as its main rival, Facebook, it can be argued that in today’s climate, Twitter is the more socially important and era-defining network. As proof, you need to look no further than the president of the United States, who can’t seem to go a day without a tweet, and those short messages often have global implications. But it’s not just Donald Trump. As of 2016, 83% of the world’s leaders were on Twitter, as is virtually every journalist in the world. They’re joined by 330 million monthly active users and another 500 million monthly visitors to the site who never log in.

But just how hard is it to get a job there? We spoke to a senior hiring manager and a recent hire at the company to find out what the process is like.

There’s a good chance you may find yourself working at Twitter without you contacting them first. “Usually, hiring managers reach out to candidates directly, both to assess whether the candidate’s short- and long-term goals can be met with the open role at Twitter, and also to determine whether the candidate’s skills are a good match for that role,” says Kathleen Vignos, a senior hiring manager overseeing software engineering at Twitter. Vignos notes that Twitter finds many of its candidates through a range of venues, including conferences like Grace Hopper, organizations like Code2040, or via LinkedIn.

Unlike some tech companies, Vignos says Twitter usually has a specific role in mind when it contacts a candidate, and doesn’t look for a generic “good fit” for the company and then see what positions are open. After the hiring manager for a specific team reaches out over the phone for a short interview, the next step is a technical assessment, followed by up to four additional interviews with other department team members.

Despite that seeming like a lengthy process, Tiffany Oche, a recently hired associate product manager (APM) at Twitter, says Twitter does a good job of making the process quick and efficient. “I applied online in early October and got an invitation to first-round video interviews for the APM program a few weeks later,” says Oche. “There were two video interviews: One where we walked through my resume, and another that was more product intuition focused. The recruiting team and interviewers were super flexible with my schedule, and even sent some helpful resources and information to help me prepare.”

A week later, Oche was invited to Twitter’s headquarters in San Francisco for her final round of interviews. “At my onsite, I had four different interviews, with a break halfway through for lunch with some of the current APMs,” Oche says. “The interviews were fun and interactive, and most of them felt like just having a conversation with my interviewer.”

Vignos says Twitter tries to keep interview exhaustion to a minimum by designing them around the everyday working experiences at Twitter. “We use paired interviews with members of the hiring team to replicate a collaborative team environment and help eliminate bias,” she says. “A lunch slot enables the candidate to talk more informally about what it’s like to work at Twitter with the manager or another team member. At every step in the process, we’re aiming for a great candidate experience that allows the person to show us their best.”

An interesting note about Twitter’s interviewing process is that the company eschews the trend other tech giants partake in asking seemingly random, riddle-like questions in no way related to the position at hand. “We’re not big fans of riddles and trick questions. We focus on evaluating the technical skills that will actually be required on the job,” says Vignos.

Yet while most Twitter candidates don’t have to fret about anxiety-inducing riddles, Vignos admits nearly every candidate–”no matter how experienced”–is nervous about one part of the Twitter interviewing process: the coding portion of technical interviews. Vignos says it’s coding challenges that give Twitter the best idea of a candidate’s thought process when solving problems, though she notes that some candidates are relieved to find that they can be allowed to tackle the given coding challenges at home, depending on which team to which they are applying for a position. Vignos says some teams at Twitter allows these take-home challenges because it allows “candidates to work in their typical environment with their favorite developer tools, since this best represents how they’ll perform on the job.”

As for Oche, she says the most stressful part of her hiring process was the onsite interviews. “It’s kind of crazy to go into a place, vaguely knowing that everything you do is being evaluated as part of your interview,” she says. “On top of that, product management is one of those roles where coming up with creative and innovative ideas on the spot is a core piece of the interview. That’s hard enough on its own without the added pressure of a stranger evaluating you from across the room.”

WHAT WILL SEPARATE YOU FROM THE REST

Despite the nerves, Oche says Twitter, out of all the tech companies she’d interviewed with, did the best job of trying to make her feel comfortable throughout the process–and it all worked out for the best. “The recruiting team got through my feedback pretty quickly, and after another week, I was extended an offer to join the team. The entire process took a little less than two months from application to offer.”

So why did Oche win the role over other candidates? Vignos says, generally speaking, Twitter looks for specific qualities in candidates. Provided two candidate’s technical and professional skills are the same, the company will opt for the candidate that shows humility, self-awareness, and a growth mind-set, as well as showing qualities that suggest the candidate is proactive and works well in a collaborative environment.

Oche also notes that it’s important during your interviews that you don’t shy away from talking about what you enjoy and care about, even if it doesn’t relate directly to Twitter. “My interviewers and I had great conversations about the experiences that I’d had planning conferences and working on fun projects,” she says. “Being able to demonstrate that you’re passionate, can collaborate well with other people, and are willing to take initiative to change the things you care about can go a long way.”

Author Info:
This article was first published by Michael Grothaus on Fast Company