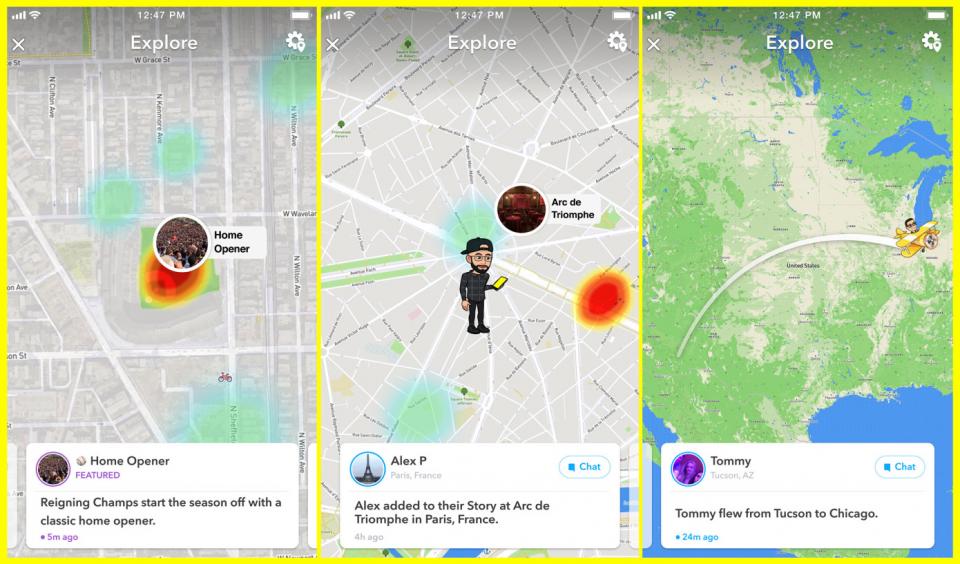 Snapchat may still be getting a lot of heat for their redesign, but the company is continuing to devote resources to build out Snap Map, the map-based feature it introduced last year.

A new feature called Map Explore will let you thumb through Snap Map updates in a more methodical way, so that you can see where your friends are and where they’re traveling. These statuses are generated by your friends’ movements rather than them physically typing out something on their own. Snap Map is importantly an opt-in feature, so if you’re understandably creeped out by the privacy implications, carry on.

The feature, first noted by The Verge, is furthering Snapchat’s idea of a map-based feed in Snap Map, but Map Explore integrates some more conventional UI elements and notifications to call users’ attention to items of interest that might otherwise get lost in the expanse. It’s just a start, but it’s definitely a necessary move. Expecting users to pan around a map is daunting enough for the immediate surrounding area, but when you’re trying to get users to see where your friends are vacationing or doing other cool stuff, it’s a lot more difficult.

The feed can give updates on the jet-setting habits of friends who are going on trips; it also can give location updates when they’re off to the beach or at another noteworthy spot. What’s perhaps most interesting is that Snapchat says they’ll be using the feature to push updates or breaking news updates to users based on areas of the Snap Map that are seeing a lot of traffic tied to news events.

The feature is going to be rolling out globally in the next few weeks.

Author Info:
This article was first published by Lucas Matney on TechCrunch

4 Easy Rules to Get Yourself out of Poverty Tomorrow