Facebook's stock closed down 2.6 per cent Tuesday, following a 6.8 per cent drop Monday. 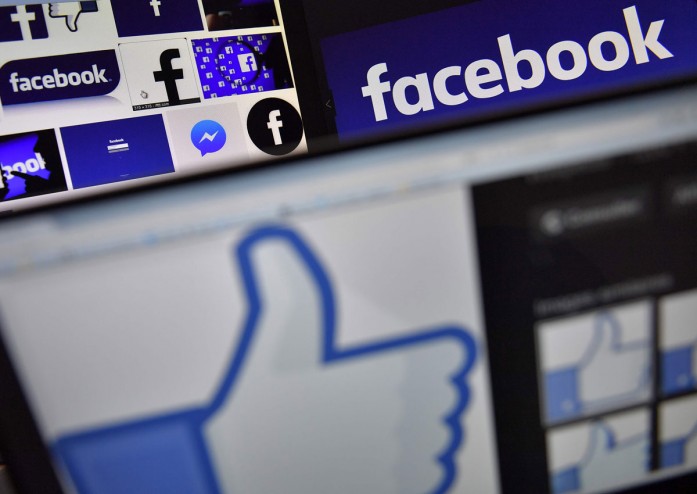 Shares of Facebook continued their slide Tuesday as investors feared regulatory repercussions after revelations about the company's mishandling of data on 50 million users.

Facebook's stock closed down 2.6 per cent Tuesday, following a 6.8 per cent drop Monday. The decline has wiped out around US$49 billion (S$64.6 billion) of the company's market value since last Friday's closing price, with its market cap currently at US$488.5 billion. Shares recovered from a steeper drop earlier Tuesday, when they fell as much as 6.1 per cent.

Facebook's woes also dragged down Twitter, whose share price tumbled 10.4 per cent Tuesday amid concerns it, too, could be subjected to new government regulations. Shares of Snap, parent company of Snapchat, closed down 2.6 per cent.

The Wall Street selloff comes after reports that Facebook user data was improperly obtained by Cambridge Analytica, a consulting firm used by Donald Trump's 2016 presidential campaign. Last Friday, Facebook announced that it kicked Cambridge Analytica and its parent company off the platform, claiming the researcher who provided the data to them violated Facebook's policies.

Both Cambridge Analytica and Facebook have denied that the user data was used as part of the firm's work for the Trump campaign.

However, Cambridge Analytica CEO Alexander Nix was recorded in an undercover documentary by Britain's Channel 4 boasting about the firm's work for Trump, saying, "We did all the research, all the data, all the analytics, all the targeting, we ran all the digital campaign, the television campaign and our data informed all the strategy."

On Tuesday, the board of London-based Cambridge Analytica announced that it suspended Nix effective immediately over the comments.

Among other new developments, the Federal Trade Commission has launched an investigation into whether Facebook violated the terms of its 2011 consent decree with the agency, Bloomberg reported.

Under that agreement, Facebook committed to explicitly obtaining user consent for certain changes to privacy settings after the FTC alleged Facebook misled consumers and into sharing more personal information than they intended.

Facebook confirmed that it expected to receive an inquiry letter from the FTC this week. "We remain strongly committed to protecting people's information," Facebook deputy chief privacy officer Rob Sherman said in a statement. "We appreciate the opportunity to answer questions the FTC may have."

Facebook held a Q&A session with employees about the situation on Tuesday, although neither CEO Mark Zuckerberg nor COO Sheryl Sandberg attended, the Daily Beast reported.

In addition, the UK's House of Commons Digital, Culture, Media and Sport Committee on Tuesday requested that Zuckerberg appear before its Fake News inquiry to explain the Cambridge Analytica situation. That came after US lawmakers issued calls for similar hearings.

Some Wall Street analysts believe Facebook won't suffer any long-term setbacks from the latest controversy. "We see notable issues, but believe FB will work through them," CFRA Research's Scott Kessler wrote in a note Monday, reiterating the firm's "buy" rating on the stock.

So far, Zuckerberg and other top Facebook execs have stayed silent on the controversy.

On Monday, Facebook said it had enlisted digital-forensics auditors from Stroz Friedberg to conduct an audit of Cambridge Analytica with the co-operation of Aleksandr Kogan, the U. of Cambridge researcher whose app was used to collect the data on the Facebook users.

"We remain committed to vigorously enforcing our policies to protect people's information," Facebook said in a statement.

According to Facebook, Kogan's app would not be permitted to access detailed data on a user's friends under its current policies.

"We also want to be clear that today when developers create apps that ask for certain information from people, we conduct a robust review to identify potential policy violations and to assess whether the app has a legitimate use for the data," Facebook said. "We actually reject a significant number of apps through this process."

In other bad news for Facebook, on Monday the New York Times reported that Alex Stamos, Facebook's chief information security officer, will exit the company later this year after he sparred with other execs about how to respond to the investigation into Russia's interference with the 2016 presidential election.

Snapchat's stock also closed down 2.6 per cent Tuesday amid fears over broader regulation of social networks. Twitter even slid 10.4 per cent due to added concerns over legal threats from the Israeli government, which contends that the social network hasn't done enough to remove threats of violence against it.

Author Info:
This article was first published by Reuters on AsiaOne

Why sandboxes allow fintech to flourish

#DeleteFacebook is trending: Here’s how to delete your Facebook acco...