As it turns out, women entrepreneurs - even in the lucrative tech sector - have the same old problem as the rest of us: Money. The lack of it. 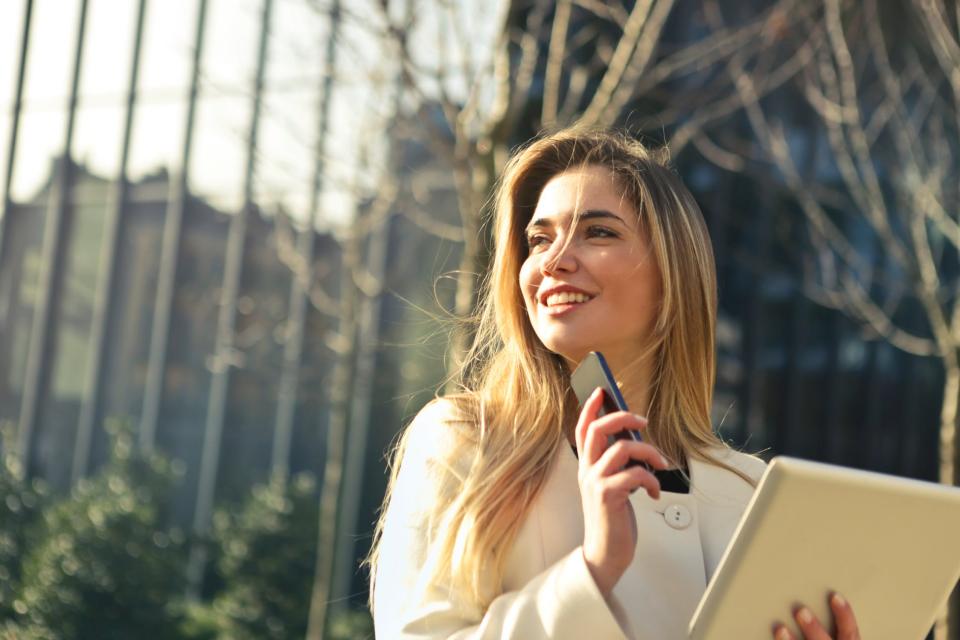 According to US Department of Labor statistics, between 1940 and 1945, the World War II years, the female percentage of the U.S. workforce increased from 27 % to nearly 37 %; in 2017, women made up 47% of the total U.S. workforce, though that number has actually flattened out since 2000. Over the past 50 or so years, additional legislation and common practice have supported women in the workplace.

More recently, the educational emphasis on STEM and targeted corporate support to interest young women in technology as a career (Microsoft is a good example) have meant that more women are entering this lucrative field. Some have struck out on their own as entrepreneurs. Not a lot: a survey by Crunchbase indicates that last year just 17% of U.S. startups had a female founder.

As it turns out, women entrepreneurs - even in the lucrative tech sector - have the same old problem as the rest of us: Money. The lack of it.

Not the wage gap – though that’s persistently there and is nothing to be dismissed. Female entrepreneurs face a bigger gap. The kind of gap that happens when the venture capital guys (emphasis on “guys”) won’t invest in you to start up or scale up your projects. As Annet Aris, a former McKinsey partner in the Netherlands, selected as one of Amsterdam’s Tech 50 women in 2017, and board member of several international tech and media companies opines, “I don’t think it’s the number of female entrepreneurs that’s the issue; it’s about creating an environment that’s supportive for women entrepreneurs. VC firms seem to find it hard to give money to a woman. VCs are mostly men and women are mostly ignored.”

The Crunchbase study referred to above, studied 43,008 global companies that had initial funding between 2009 and 2017. Of these global companies, 6,791 (15.8 %) have at least one female founder. The study considered how women-founded teams fared in fundraising, and found that at each progressive funding stage, companies founded by women were raising lower percentages of money overall. In 2016, for example, the report says, “Companies with at least one female founder raised 19% of all seed rounds, 14% of early-stage venture and 8% of late-stage venture rounds.”

“I Want To Create an Empire!”

The pitch for funding is harder for women than for men, claims French serial tech entrepreneur Tatiana Jama, Co- founder and CEO of Visualbot & Selectionnist and winner of several entrepreneurship awards for her groundbreaking image recognition software. “VCs tend to minimize the ambition of women,” she told me in an interview for this blog. “I often have to redouble my efforts to prove my ambition, to actually say ‘No, I'm not doing this as a hobby or a side-job. I devote 100% of my energy to growing my business’. One time I actually said ‘I want to build an EMPIRE’ just so they’d be sure of my motivation.” (Note: she got an investment)

Frankly, after many years as a business correspondent, I find it hard to imagine a man being reluctant to talk about empire building, regardless of how half-baked his ideas are. So are we still looking at women’s inability to ask for what they want in a manner that can be heard and agreed to by the power-broking, money-dispensing male audience?

Stephanie Hospital is herself a female entrepreneur as well as a VC, who started her tech-funding platform joining entrepreneurs and investors , OneRagtime, some four years ago after a decade as an executive with leading French communications company Orange. “In the finance world you need to be brave,” she told me over coffee in central Paris. “Women tend to be too cautious. They are programmed in school to be more prudent and to take fewer risks than men. How many women leave school at age 25 and say ‘I want to be an entrepreneur’?”

That is actually changing in France at the moment. French President Emmanuel Macron’s new tax and labor policies aim to make it easier to create small and medium sized companies, and in general French society supports working women both financially and socially, making it easier to balance work and family life.

“We have health care, maternity and paternity leave, good child care from an early age, and the expectation within French society that women should work. That expectation is not so in Switzerland or Germany for example,” says Hospital.

So how to overcome these hurdles? Is it necessary to adapt a masculine swagger, or will just hanging in there do the trick?

“Being an entrepreneur is a state of mind,” opines Hospital. “You have to always try something, and pursue the thing you love. You must be daring and take a risk."

Jama says, “We must not be aggressive, we must find the right words and examples to make it clear to VCs that their preconceived notions (for example, about women’s perceived lack of commitment) do not make sense."

You can do a little research, too, before pitching a VC firm. “Look at the portfolio of funds - if there are only male co-founders it may be complicated to pitch,” Jama continues, calling on her own experience. “Try to go to funds where there are female partners or funds that have at least 15% of their portfolio run by female co-founders. In my experience, family offices are much more inclined to invest in companies launched by women!”

There could be change on the horizon when it comes to funding sources. According to Reuters, Goldman Sachs Group Inc., the fifth largest US bank, recently announced in an internal website memo that it wants women to make up half of its global workforce, starting with new analysts, by 2021. The percentage of women in its 2018 full-time analyst class was in the high-40s, up from the low-40s last year.

"The advancement of women in the workplace - and more broadly the state of diversity at our firm - is top of mind for all of us," wrote Chief Executive Lloyd Blankfein and President and co-Chief Operating Officer David Solomon (front-runner to replace the retiring Blankfein next year). The leaders indicated their belief that the bank had not raised the proportion of women in its workforce to an adequate level, particularly in senior management. “There is still significant progress to be made," they said.

And perhaps that progress will include more funding for female entrepreneurs…

Author Info:
This article was first published by Shellie Karabell on Forbes