Or he could be pulling a fast one 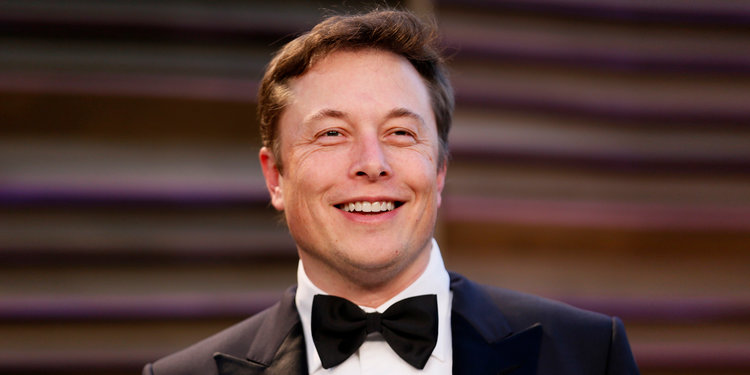 On Wednesday, the CEO of SpaceX and Tesla tweeted “Thud!” with no context, leading many to speculate for hours that it was just one of Musk’s now-signature idiosyncratic Twitter moments. Then, later on in the afternoon, Musk elaborated in a following tweet, “That’s the name of my new intergalactic media empire, exclamation point optional.”

We don’t know if Musk is joking about this, or if he’s half-joking now and will end up making his words come true later. We do know, however, that Musk has hired staff for a new media venture related to comedy. Former members of The Onion, including editor-in-chief Cole Bolton and executive editor Ben Berkeley, jumped ship from the publication last year, citing differences with the management.

The Daily Beast then reported yesterday that Bolton and Berkeley have since been working in Los Angeles on a secret creative project funded by Musk, and the duo have poached other Onion staffers to join the new outfit. “We can confirm that we have learned nothing from prevailing trends in media and are launching a brand-new comedy project,” Bolton and Berkley confirmed in the report.

Musk also went on the record with a trollish statement, saying, “It’s pretty obvious that comedy is the next frontier after electric vehicles, space exploration, and brain-computer interfaces. Don’t know how anyone’s not seeing this.” Musk certainly is no stranger to playing around with reporters by sending out statements that seem like jokes, only for the tweets to later turn out to be true, like when Musk said he would sell Boring Company-branded flamethrowers and then delivered on his promise, or like when he said he would strap a car to a rocket and send it to space. (He also did that.)

With Thud!, or whatever he ends up calling his new media project, Musk seems to be having fun again by dropping news on Twitter and leaving out critical context or confirmation, which cleverly leaves everyone guessing and curious. But, if his Thud! announcement is anything like his flamethrower or rocket ship car pledges, then perhaps it’s the real deal. Musk did not immediately respond to comment.

Author Info:
This article was first published by Shannon Liao on The Verge

How to perfect your pitch deck