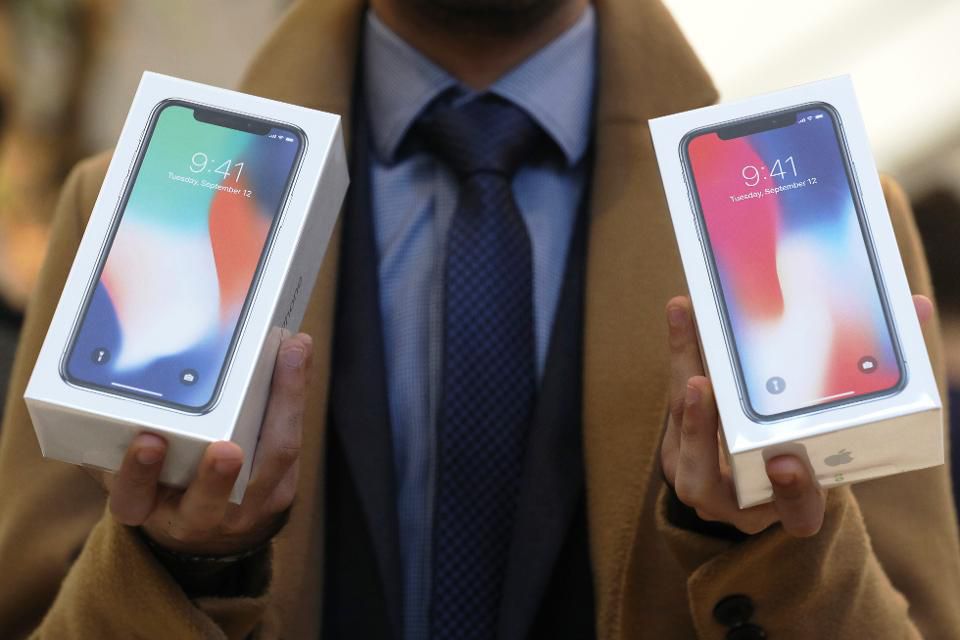 Most analysts agree that Apple’s most expensive smartphone to date -- the iPhone X -- has not sold as well as had been hoped. Released last year at a cost of $1,000, the X was a bold move by the U.S. tech giant, intended to increase revenue amid falling global smartphone sales. Given Apple’s stellar sales record, figures for the U.S. tech giant’s premium smartphone have fallen well short of expectations. And for most consumers, the $1,000 price tag appears to be the problem -- except if you’re in China.

Globally, Apple has shipped far fewer units of the X than projected. A recent Bloomberg report claims that Samsung, the chosen supplier of the X’s new OLED screens, has only shipped half the amount of displays it had prepared for Apple. As a result, many of those displays may now end up in Android handsets instead.

In the U.S., customers have tended to prefer the iPhone 8 and 8 Plus, the X’s cheaper cousins, while European customers have similarly shown a reluctance to buy into the X’s hype. But despite intense competition from domestic brands, the X is popular among China’s affluent urban population.

“The iPhone X is doing much better than we’d expected in China, given the high ticket price,” said Mengmeng Zhang of Counterpoint Research. “The X is also performing better in China than in other markets.”

The underlying reasons for a lukewarm global reception to the X have been subject to intense speculation in recent weeks, with analysts blaming factors as varied as its steep price point, screen notch and lack of innovation. In any case, the numbers haven’t been good. During its last earnings call, Apple reported global sales of 77.3 million iPhones in Q1 of 2018, down just under a million from the same period in 2017.

Revenue still increased during the period thanks to the increased profit margin of the iPhone X, but sales were still more tepid than analysts had predicted. Its relatively late release date also meant the iPhone X had a much smaller window between product launch and the introduction of its toughest competitor, the Samsung Galaxy S9.

Nonetheless, demand has remained strong in China, particularly in urban areas, where the X became the top-selling model in November after its release, establishing a market share of 6%. Dominic Sunnebo, Global Director for Kantar Worldpanel ComTech pointed out recently that “unlike in Europe and the U.S., where the vast majority of new early iPhone X sales came from existing Apple smartphone owners, in urban China there are significant numbers of Huawei, Xiaomi and Samsung customers switching to the new iPhone models, which they deem a cut above the rest.”

Chinese Apple customers also tend to be loyal to Apple products, according to Zhang. Although this loyalty exists everywhere, she says, it is particularly strong in China. “Apple’s brand image on premium products is still the strongest in China,” said Mo Jia of Canalyst Research. “It’s the dominant player in high-end smartphones.”

A third factor in the popularity of the X is the so-called “supercycle” that followed the release of the iPhone 6 and 6 Plus in China. This was one of the most popular phones of its time in China, but the follow-up, the iPhone 7, didn’t sell as well due to a lack of perceived difference from its predecessor. “A lot of Apple users are still using those old phones,” says Zhang. “Because there are so many iPhone 6 and 6 Plus users, those are the ones who are now switching to the iPhone X.”

According to market research firm Canalys, shipment of Apple's flagship iPhone X reached 7 million units in Q4 in China, making it the best performing model in the world's largest smartphone market. Thanks to the X, the company’s average sales price now stands at $970, up from $798 towards the end of last year, according to Canalys.

In light of this news, it's likely that Apple will be looking to capitalize on the Chinese market with its next handset.

According to Bloomberg, Apple plans to produce three new models of the iPhone this year, all of which will clearly diversify the company’s offerings in an attempt to broaden its customer base. One is a more affordable iPhone (which will help the company to compete against midrange device manufacturers such as Xiaomi and Huawei), an upgraded iPhone X and its largest iPhone ever, sporting a 6.5-inch screen.

The best-selling smartphones in China, 2017

The latter is the most intriguing of these three. Although little is known about this upcoming handset -- allegedly codenamed D33 -- it appears to be tailor-made for wealthier segments of the urban Chinese market. As per this report from IDC, China consumed 50% of the 437.4 million so-called “phablets” shipped in 2016, and the country is expected to remain the largest market for large-screen smartphones.

“Chinese customers like bigger screens,” says Jia. “Close to 26% of smartphones shipped in Q4 2017 had 6-inch screens or larger, while this figure is just 10.7% in the U.S.” This phenomenon has led the larger "Plus" iPhone models to sell significantly better than their smaller siblings in China -- the iPhone 7 Plus was the second best selling handset in China last year.

This is because many Chinese smartphone users own just one device, explains Zhang. “A smartphone is their only device to connect to the internet, so they want their smartphones to be as big as possible for playing games, multitasking and watching videos,” she explains.

Although this upcoming device could cost even more than the iPhone X, it seems clear that for China’s most affluent citizens, affordability is not an issue. Where American and European consumers have balked at the X’s $1,000 asking price, the Chinese market has no such qualms. With profit margins becoming ever-more crucial in a saturated smartphone market, it appears that China will be the key to the future of the iPhone X line.

Author Info:
This article was first published by Luke Kelly on Forbes

5 New Silk Road Projects That Will Alter Your View Of How The World Wo...