The projects of the New Silk Road are like pieces of a puzzle scattered all across a clutter-filled room. 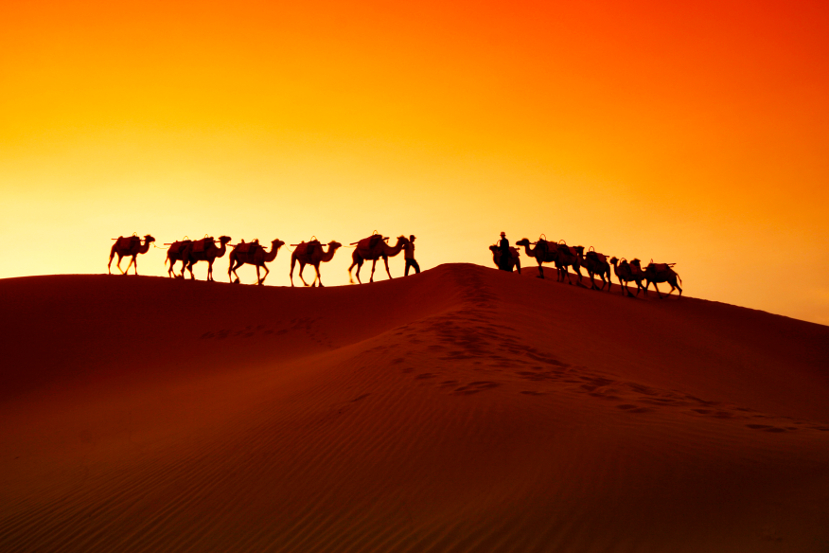 The projects of the New Silk Road are like pieces of a puzzle scattered all across a clutter-filled room. You see some here, some there, but you don’t really think much of any of them in and of themselves. On their own, conventional perceptions of them tend to range from moderately impressive to downright mind boggling—why are resource-dependent nations building massive transport hubs in the middle of nowhere? It’s only when we start to connect the dots do we see how these these pieces come together to form a much larger picture of what global economics in the 21st century will become.

Eurasia, the continental landmass containing both Europe and Asia, is rapidly being strung together into a contiguous market covering upwards of 65% of the population, 75% of energy resources and 40% of GDP in the world. In this light, speaking of individual New Silk Road projects is almost a wasted exercise. It's the network that's of significance--a network that's seeing diverse economies and political systems from China to Europe being put on the same page via a more or less unified initiative. This is something that has never happened before.

That said, we can’t tell where the New Silk Road is going tomorrow by looking where it’s at today. We’re talking about formally remote and disconnected regions becoming linked-in hubs of regional logistics , resource-dependent nations cultivating new agricultural, manufacturing, and commercial potentials, and previously poor, under-developed economies reconfiguring themselves to become epicenters of production and innovation. When economies connect, economies change, and our paradigms of what these countries are and the roles they will serve in the future needs to change as well.

Greece’s Piraeus Port is now being dubbed in the Chinese media as the “shining star of the maritime world,” and if we look at where the port came from prior to being taken over by China this isn’t necessarily too far from the truth.

Faced with needing to make a $254 billion payment to the European Central Bank, Greece was pushed into putting its main port up for sale. China's COSCO shipping moved in and gobbled it up in 2016, taking a 51% stake for $316 million, with another 16% share tacked on within five years for an additional $99 million.

After the port's first full year of Chinese operation, earnings have skyrocketed, with the turnover from the container terminal alone rising 53.1% year-on-year, as container volume rose 70.6%.

What is most significant about Piraeus is that it is not simply China’s main maritime gateway to Europe but also links in with other Chinese-operated ports in the Middle East, East Africa, South and Southeast Asia, and elsewhere in Europe, in addition to other Chinese-invested transportation projects throughout the region, such as the impending high-speed rail line between Hungary and Serbia.

China is not simply buying up ports in random locations but is cobbling together a complete global network of interconnected land and sea-based transport and manufacturing hubs, which it hopes will serve as the future framework for the broader New Silk Road.

Khorgos, a new city on Kazakhstan's border with China, is built up around a dry port.

The name "Horgos" is thought to traditionally mean “place of much camel dung,” but the multitudes of investors who are moving in have started using an alternative translation: “place where wealth accrues.” In this instance, the revised name seems to be closer to the truth.

The Khorgos/Horgos area is not simply another new city or a new high-tech zone or a duty free area or a mere far-flung land port, but is a complete bi-national conurbation of development. Just a few years ago the only things out there were sand dunes, lavender fields and snow-capped mountains.

On the Chinese side is everything that could be expected from a “made by China” new city: a core downtown, sprawling high-rise housing developments, a high-tech zone that’s banking on becoming a center for robotics, a logistics zone, and various other industrial areas. While its history stretches back to the Sui Dynasty (AD 581-618), the modern Horgos wasn’t commissioned until June of 2014, whereupon US$3.25 billion of investment was pumped in. Beijing’s vision is to grow Horgos into an economic counterweight to balance out the booming cities of China’s east coast, such as Shanghai, Guangzhou and Shenzhen. 200,000 people are soon expected to move out to this new outpost of progress.

On the Kazakh side is the absolutely colossal Khorgos East Gate Special Economic Zone, which contains the Khorgos Gateway dry port and the new city of Nurkent. This, too, is a central government driven project, with orders—and funding—coming straight in from Astana.

Connecting the Chinese and Kazakh sides is something called the International Center for Boundary Cooperation, or ICBC for short. The place is a massive, 3.43-square-kilometer bi-national duty free bazaar that has its own immigration, tax, and fiscal codes. It intends to become the central market of the New Silk Road—a place where people from pretty much any nation in the world can enter visa free and conduct business or shop.

The New Port of Baku

Ferry arriving at the New Port of Baku at Alyat. Image: Wade Shepard.

The location of the New Port of Baku at Alyat doesn’t really inspire one to dream up big fantasies of international trade and the merging of cultures and economies. It’s located in the middle of an uninviting expanse of brown dirt where even parched desert shrubs struggle to grow, right on the coast of a Caspian Sea that glistens with the rainbow swirls of leaked oil. But this 20-square kilometer expanse of wasteland is the site of one of the most promising logistics and manufacturing zones of the entire New Silk Road.

The biggest point of sale of the New Port of Baku at Alyat is its geographic position, sitting at the crossroads of the central corridor of the Belt and Road, which stretches from China to Europe and includes the newly opened Baku-Tbilisi-Kars railway, and the emerging North-South Transport Corridor, which connects India with Russia via Iran. This is a region of the world that is rapidly developing and economically diversifying, and these transport corridors are acting as the framework that these transitions are being built upon.

Azerbaijan has roughly 30 years of oil left, and its transition towards its logistics economy is currently a national priority.

That $50 billion that China so publicly earmarked for the China-Pakistan Economic Corridor is actually being deployed and work is happening on the ground.

This bold initiative to blaze new trails of development up and down the unstable and intermittently economically defunct Pakistan tackles two major developmental bottlenecks that the country has been struggling with: transportation and energy. Under its direction, the Chinese port at Gwadar will be connected with the north of Pakistan by road, rail, and pipelines, creating a new nervous system that additional development can be plugged into. On top of this, new energy projects worth an estimated $33 billion are being deployed to combat Pakistan’s endemic energy shortages, which have reputedly taken of 2-2.5% of the country’s GDP.

For the most part, China’s Belt and Road Initiative is the confluence and hyper-charged continuation of two previous national economic development initiatives: the "Go Out" and "Go West" policies. Beginning in the years 1999 and 2000 respectively, both initiatives sought to extend the economic vitality of China’s eastern seaboard to new locations in the hinterlands of the country and beyond.

Billions of dollars have been invested in building out China’s central and western cities, and interconnecting them with a completely new grid of transportation infrastructure. Since the "Go West" policy commenced, China has paved over 60,000 kilometers of new highways, over 25,000 kilometers of new high-speed rail lines, and over 100 new airports. This revolutionized infrastructure network pumped life into once-left-behind inland cities and enabled many MNCs and domestic firms of China’s east to move production away from the coast. Many of these artificially enhanced interior cities, such as Chengdu, Chongqing, Xi’an, Changsha, Wuhan and Guiyang, are now some of the best performing cities in China today, according to the Milken Institute, and the McKinsey Institute listed many of them in its “75 Most Dynamic Cities of 2025” report.

Perhaps not coincidentally, many of these “Go West” cities are some of China’s most vibrant nodes along the Belt and Road. Chongqing and Chengdu were the first cities to begin regular rail service to Europe, and, along with these two megalopolises, major Belt and Road projects are currently happening in Xi’an, Wuhan, Lanzhou, Zhengzhou, and, as mentioned above, Horgos. China’s development initiatives of the 2000s have paved the way for the Belt and Road of the 2010s and beyond.

The power of what has been dubbed the New Silk Road is that a multinational net of connectivity is being cast over Eurasia, and while many of its biggest projects are China-backed, there are others which are being pushed by Japan, India or Russia, or are the national works of individual nations looking to link into the new trade routes.

"Asia’s powers understand that economics is strategy in the 21st century," explained Jonathan Hillman of the Center for Strategic and International Studies. "Military power still matters but, increasingly, power is accumulated and exercised in the economic realm. They understand that infrastructure is an important tool–for making friends, growing their own economies, and diversifying their supply chains to minimize risk."

Author Info:
This article was first published by Wade Shepard on Forbes