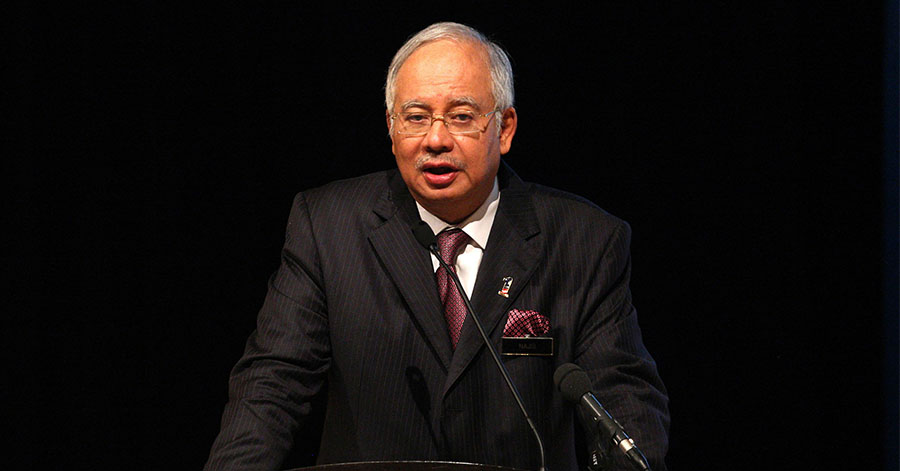 Prime Minister Najib Razak has again defended the goods and services tax (GST), saying RM45 billion collected annually through the tax helped the government to undertake programmes such as educational aid, assistance to smallholders and fishermen, as well as the 1Malaysia People’s Aid (BR1M).

“If the opposition wants to abolish the GST to be replaced with the SST (sales and services tax), that’s a lie.

“If we cannot get a revenue of RM45 billion, the country will become a deficit account country. If there is no revenue, the country’s debt will increase and we’ll become like Greece,” he said when speaking at a programme organised by the Welfare Body of Wives of Ministers and Deputy Ministers (Bakti) at his official residence here today.

Related: A community for business, entrepreneurs and professionals at your fingertips

Najib said Malaysia’s GST rate was among the lowest in the world at 6%, with 164 other countries also implementing it, the latest being India. Malaysia started implementing GST on April 1, 2015.

Najib said there were currently 13 million workers in the country but only two million of them are paying income taxes.

“How do we fix it if there is no income? That is why we have to implement GST.”

Speaking to some 400 students, Najib said he hoped they would play a role in informing the people that GST was the best taxation system in the country.

“We are investing for the future of Malaysia. We must consider young people as an asset and every policy must ensure they will benefit in future.”

He said the government not only plans for the future through various development policies but also through direct projects that provide job opportunities.

Touching on the Kuala Lumpur-Singapore High Speed Rail (HSR) project, he said it would change the people’s lifestyle in the future.

“When the HSR is completed, the value of land will rise.

“Singaporeans will buy houses in Malaysia and Malaysians will work in Singapore.

“If possible, I also want to abolish toll collection in the city in stages,” Najib added.

Author Info:
This article was first published by Bernama on FreeMalaysiaToday

6 of the Most Effective Ways Digital Marketers Can Use Emojis

Will remote work ever become mainstream?

Are You An Entrepreneur?