The investment would include about US$200 million of equity, and would also involve the restaurants Coya, Zuma and Roka, the FT reported. 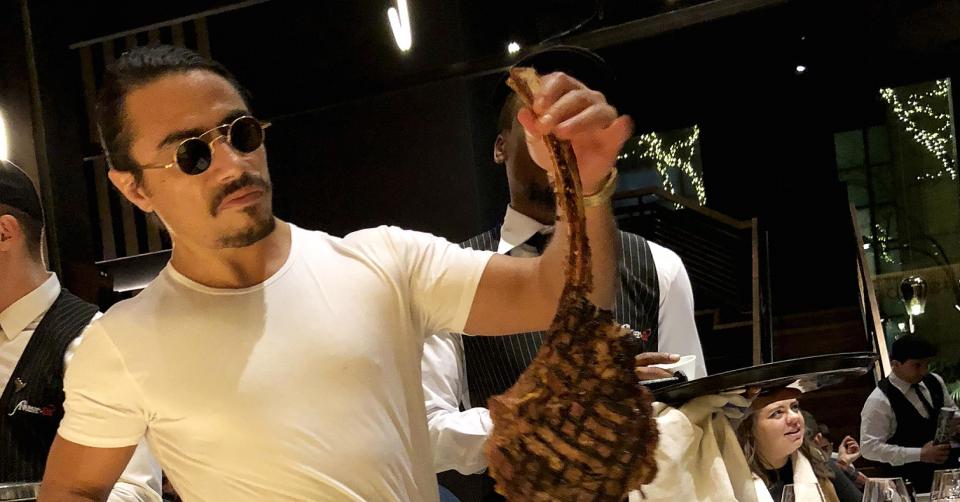 Singapore's Temasek Holdings and GIC are said to be close to buying a minority stake in a group of high-end restaurants, including the Nusr-Et Steakhouse, known for the social media phenomenon Salt Bae, the Turkish chef.

The Financial Times reported on Wednesday (March 7) that Temasek, GIC and Metric Capital, a London-based investment firm, are in talks over the potential purchase of D.ream Group, a subsidiary of Dogus Group, which owns the restaurants.

D.ream Group is valued at close to US$1.5 billion (S$2 billion) and an announcement could come as soon as Friday, the Financial Times said, citing two people familiar with the discussions.

The investment would include about US$200 million of equity, and would also involve the restaurants Coya, Zuma and Roka, the FT reported.

Temasek, GIC and Metric Capital declined to comment on the report.

Salt Bae is the nickname of butcher and chef Nusret Gokce, whose videos depict him chopping meat and then adding seasoning in a theatrical manner, a move which is also called a “Salt Bae”.

Wearing a tight white t-shirt and gold-rimmed glasses, Gokce rose to fame in January 2017 after he posted a video to the Nusr-Et Twitter page showing him preparing a steak. His unusual way of applying salt in the video caught the attention of social media users who soon dubbed him “Salt Bae”. The original video has since amassed 11 million views on Twitter, as well as 99,000 retweets and 124,000 likes. The same video on Instagram has 16.2 million views.

Gokce learnt his suave slicing and sensual salting techniques working as an apprentice at a local butcher shop from the age of 13. He then travelled to Argentina to master meat before returning to Turkey to open the first Nusr-Et steakhouse in Istanbul in 2010.

Author Info:
This article was first published by Marissa Lee on StraitsTimes