Dubbed the “Queen of Instagram” in Singapore, every photo of her is painstakingly taken by one of two full-time maids that always travel with her until she is satisfied with the perfect picture. 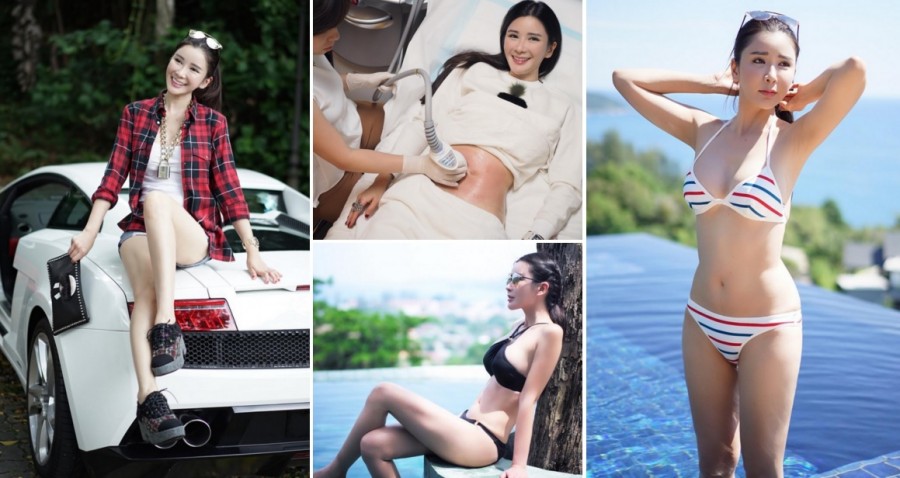 Sometimes to be a “rich kid” on Instagram, you don’t even have to be a kid — just maybe look young enough to be one.

Jamie Chua is one of the Rich Kids of Singapore, despite being a 42-year-old Indonesian-Chinese mother of two teens.

Dubbed the “Queen of Instagram” in Singapore, every photo of her is painstakingly taken by one of two full-time maids that always travel with her until she is satisfied with the perfect picture — Chua doesn’t believe in candid shots.

Related: The community for business, entrepreneurs and professionals at your fingertips

Chua’s claim to fame and wealth is being the ex-wife of Indonesian tycoon Nurdian Cuaca whom she met on a flight in Business class when she was a 20-year-old stewardess for Singapore Airlines. The two married shortly after.

Chua and Cuaca were together for about 15 years and had two children together when they decided to divorce, citing “unreasonable behavior.”

During their divorce, Chua famously demanded and won $332,000 a month in alimony to care for herself and her two children, according to Yahoo Singapore.

Eventually, their divorce was settled out of court in 2011 after Chua successfully froze her husband’s assets and received an unspecified amount of money and properties in the separation.

Since then, Chua has focused on her family life as well as lavishly spending the millions she won from Cuaca on maintaining her youth and purchasing the most valuable luxury goods on the planet.

According to Singaporean publication Lollipop, Chua spends in excess of $10,000 a month to maintain her looks on various expensive treatments to keep her skin perfect and body sculpted.

“I love to eat, but I need to maintain my figure, so I go to Cambridge Therapeutics twice a week for the Cryosculpt Body Shaping treatment, which freezes and eliminates fat – a single session costs about $1,100. I also go to Cambridge Therapeutics every week for the Genosys Hair Growth Therapy ($250 for 30min), which is a deep-cleansing scalp treatment.”

“Every two weeks, I go for facials at Dream Plastic Surgery. My favourite is the KKUM Facial Treatment ($588 for 60min), a facial that uses Korean techniques and leaves my skin clean, hydrated and radiant.”

Chua has two children — a son, Cleveland, 21, and a daughter, Calista, 17. Her small family also consists of her parents, who reportedly live with her, and her boyfriend, who frequently appears in pictures with her.

Chua reportedly has the largest collection of Hermès Birkin bags in the world at around 200, many of which are kept in glass cases.

“If I pamper my kids by giving them extravagant gifts at the snap of my finger, they will grow up not learning anything. I don’t want to spoon-feed them and watch them grow up to be overly dependent on their parents. It is not good.”

Related: The entrepreneurship and professionals community at your fingertips

Chua, who describes herself as an entrepreneur, began her own line of beauty products called Luminous1 by Jamie Chua in 2015 which she claims to use every day.

Chua is also huge on fitness and practices yoga every day to maintain her age-defying form.

Chua’s life proves that truly, with enough money, anyone can stay a rich kid of Instagram forever.

Join the BEAM Community for more articles like this.

The ecommerce industry could be a lot better — here’s how

How To Value Your Company