A lot of people will say that means it’s time to leave your job and go out on your own. Those people would be wrong. 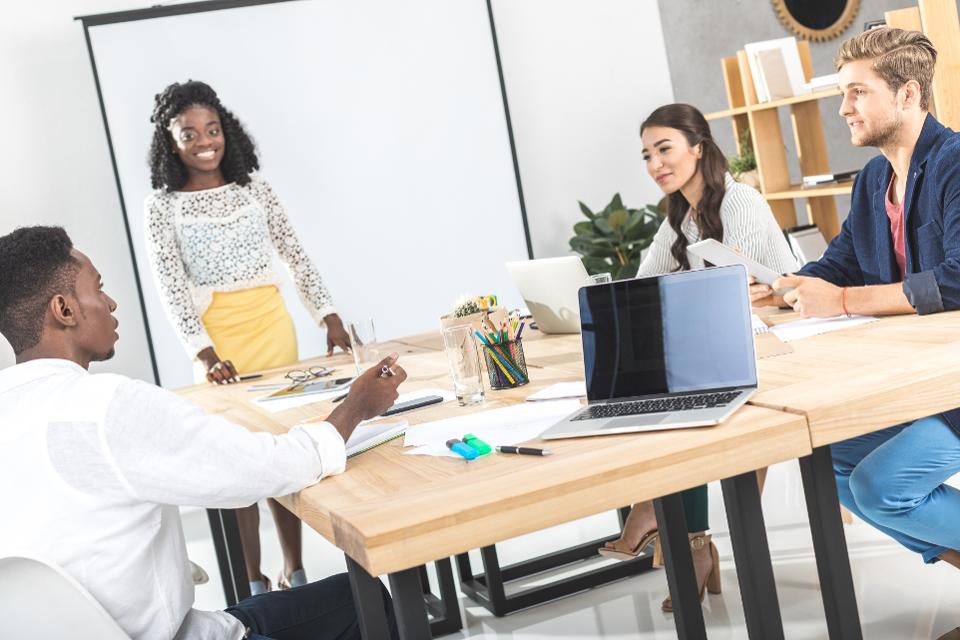 What do you want to do next?

It’s a generic question. Managers ask it all the time—or at least the good ones do. And they’re usually not expecting a unique answer. People want more responsibility. More opportunities. To try a different office, or a different team, a different department.

But what if you want something radically different? What if you want to build your own team, launch a whole new proposition? A lot of people will say that means it’s time to leave your job and go out on your own. Those people would be wrong.

Five years ago, I launched a new group called Invention Studio. But it was a startup created through my current job, within the backdrop of a very established global agency. The goal was to find new ways to infuse non-traditional ideas and creative uses of data into media plans.

Good companies are always open to good ideas and the people who can bring them to life. What you’ll need is endless stamina, an excellent business plan, and the best dark circle under-eye concealer you can find. Here’s how you make it happen.

Always Be In The Room—Even When It’s Not Convenient

You need to be the one to sell your concept at every important crossroad.

Sure, it’s always good to have champions in high places. But they’ll never know how to bat away misdirected input as passionately as you can. And, if it turns out that they could, how would you know unless you were in the room when they did it? Never be out of that board room; you don’t want someone (mis)representing your thoughts to those who can greenlight (or kill) your concept. Win or lose, you would always regret not hearing what went down.

The best way to protect your idea in its nascent stages is to have quality control over all output. Show people that you’re the best one to bring it to life, because here’s another thing to note: there will always be someone who thinks they can do your job as well as you.

You Can (And Should) Resist Some Feedback

If your idea is a good one (and if it’s going against the status quo), then you’re going to ruffle a few feathers. You might piss a few people off. Sometimes that will come from internal groups; sometimes from the competition. Don’t let that feedback deter you.

After the initial sell-in, it’s also likely that you’ll be pressured to add some new people to your team that fulfill larger corporate agendas. Resist. Ultimately, big ideas grow when they’re nurtured by like-minded people. For example, our early group had different experiences and backgrounds, but we all had media planning at our core – despite suggestions to bring in people otherwise.

Sheryl Sandberg said it best: “If you do please everyone, you are not making enough progress.” It’s humanly impossible to please everybody, and counter-productive to your goals. Don’t burn energy trying.

That Said, Don’t Be An Idiot

All that said, it’s one thing to stick to your principles—but if you’re rigid to the point of myopia, your idea won’t grow. There’s a difference between protecting your vision and ignoring your blind spots.

With the latter, you’ll lose all flow and momentum, not to mention repel any smart people who actually want to help you. Be ready to move quickly, but not so fast that you blow past input that can make your proposition better. The key is to codify what you want to do, and set your ultimate end goal, so that you can stay on track. But be ready to be flexible to budget constraints and unpredictable responses.

For example, in our original business plan, we included a workshop concept where we work side-by-side with a client to solve a media or branding problem fast. But it was just one small part of the Invention Studio proposition, and we didn’t project it bringing in much revenue. I was wrong. It turned out to be one of our most popular offerings and later helped sell in the bigger idea it represented. Had I refused to adapt, we would have missed this opportunity.

Build The Proof – Before You Do Anything Else

If you have the audacity to launch something new at your company, be prepared to make everything you deliver match the quality of what you promised. Build the proof first—before you announce that you’re building something new. The world is full of shiny new objects and announcements, with companies talking up products or offerings that never come to fruition. The natural result is that people will be skeptical of your proposition if you don’t have the receipts.

When we publicly launched Invention Studio, our portfolio was already full of programs designed long before we drafted the kickoff announcement. It built the group’s credibility organically.

The payoff came much later. At the unveiling months down the road, clients and colleagues were welcoming and ready to work with us because they knew it would work.

Creativity and quality will always be subjective. There’s never going to be a clear answer about whether to move forward. But if you see power in your idea, if you can see it growing at scale, then give it a go now. Show your company why they should help you make it happen, and the end result will be all the more impactful.

Author Info:
This article was first published by Cindy Gustafson on Forbes