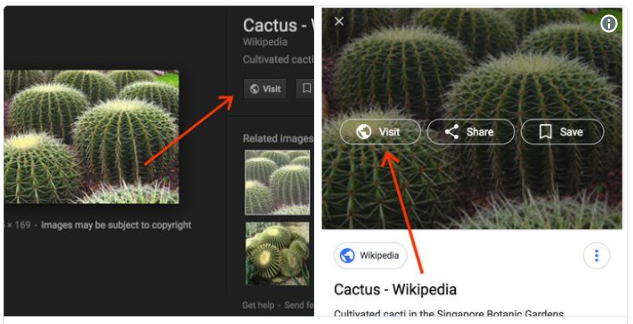 Google's just made a rather subtle change to its image search — but one that will have big repercussions for copyright.

Once a direct link to a high resolution version of your chosen image, the "view image" button was a concern for photographers, publishers and stock image sites alike, as it allowed people to access a high res version of the image without visiting the source site.

With Google's elimination of the tool, you'll still be able to visit the source of the image with the remaining "visit" button, but it's this additional step that's hopefully meant to make people less likely to steal copyrighted material — seeing images in their original context could be a red flag for users.

This tiny, but significant change notably comes in the wake of Google's new multi-year global licensing partnership with Getty Images, enabling Google to use Getty's content within its various products and services.

The partnership was developed after Getty filed a complaint against Google in 2016, accusing the company of anti-competitive practices within Google Images and "distorting search results in favour of its own services" — creating less of a need to visit source stock websites likes Getty to download the original image.

"Because image consumption [in Google Images] is immediate, once an image is displayed in high-resolution, large format, there is little impetus to view the image on the original source site," Getty's press statement read.

Whether simply removing a button will significantly curb copyright infringement within Google Images remains to be seen. But it's a start.

Author Info:
This article was first published by Shannon Connellan on Mashable

Virtual red packets are most popular way to gift money in China as dig...

Blockchain engineers are in demand