80% of respondents in the mainland said they would choose to send red packets via social messaging app WeChat this year. 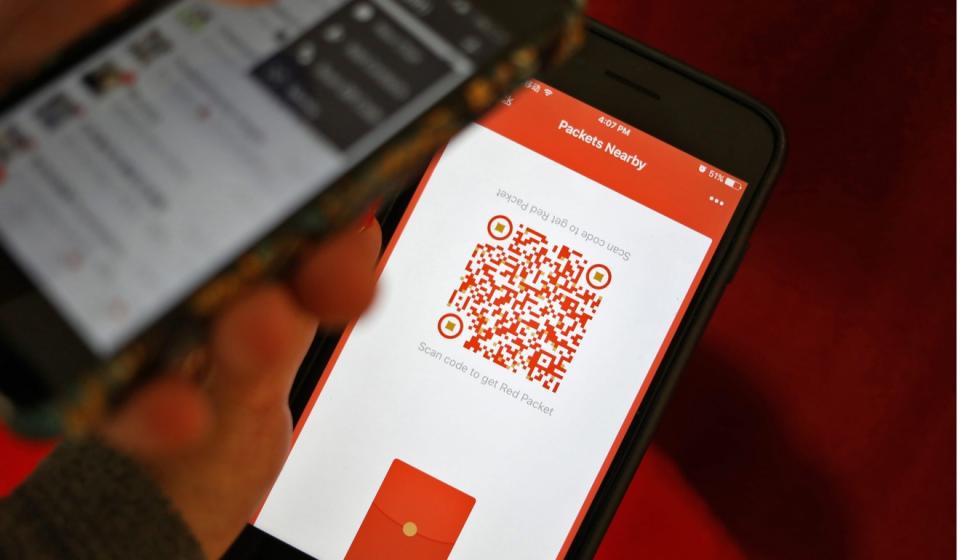 Digital disruption to tradition in mainland China has become more apparent than ever with the increasing popular use of electronic red packets to gift money, compared with Hong Kong’s preferred use of physical lai see envelopes, according to findings of a survey released on Tuesday.

About 80 per cent of respondents in the mainland said they would choose to send red packets, or lai sees as they are known in Hong Kong, via Tencent Holdings’ social messaging app WeChat, the survey by market research firm Lightspeed Research found.

This was trailed by the 69 per cent of respondents in the mainland who would opt for physical red packets. Gifting money in red envelopes symbolises sending wishes of good fortune in the Chinese culture, commonly practised during the Lunar New Year and other auspicious Chinese events such as weddings and birthdays.

The survey also found that 31 per cent of mainland respondents opted to use Alipay – the mobile payment of Ant Financial, backed e-commerce giant Alibaba Holding Group – to send their virtual red packets.

Lightspeed conducted the online survey from January 24 to 28 on a total of about 900 consumers in the mainland, Hong Kong, and Taiwan to learn more about their consumption behaviour in the upcoming Year of the Dog celebration. The survey also covered 600 respondents in Singapore and Malaysia.

In Hong Kong, 98 per cent of respondents said the physical lai see envelope remained their No. 1 option, similar to the findings in Taiwan, Malaysia and Singapore.

Hong Kong respondents were found to give the most number of red packets, as nearly half of them said they would each give more than 40 lai sees.

In the mainland, 67 per cent of respondents said they would give 20 red packets at the most.

Guo said virtual red packets had offered an additional means for people to better connect with each other, even if they were on opposite sides of the world.

But digital red packets had not replaced the traditional ones, especially among elderly people who prefer to give real envelopes containing money to their next generation, he added.

Brenda Sun, a Shanghai white-collar worker in her 30s, said she would send out some red packets via WeChat to friends or colleagues for fun and good wishes.

“I will definitely reserve the bigger physical red packets for family members,” she said.

Tencent started offering virtual red packets on WeChat, the country’s largest social networking app, in 2014. It became a hit with consumers, and other companies followed suit.

The service swiftly boosted Tencent’s position in the mobile payment segment as it vied for dominance with rival Alipay. According to Beijing-based consultancy Analysys, Alipay led the market segment with a share of 53.7 per cent in the third quarter of 2017, followed by WeChat Pay with a control of 39.4 per cent.

Meanwhile, respondents on the mainland are most receptive towards online shopping for the pre-Lunar New Year spending spree. About 85 per cent of them said they would shop online for goods for the festive season, while the figure was much smaller in Hong Kong – 22 per cent.