Snapchat Users Are Not Loving the App Update 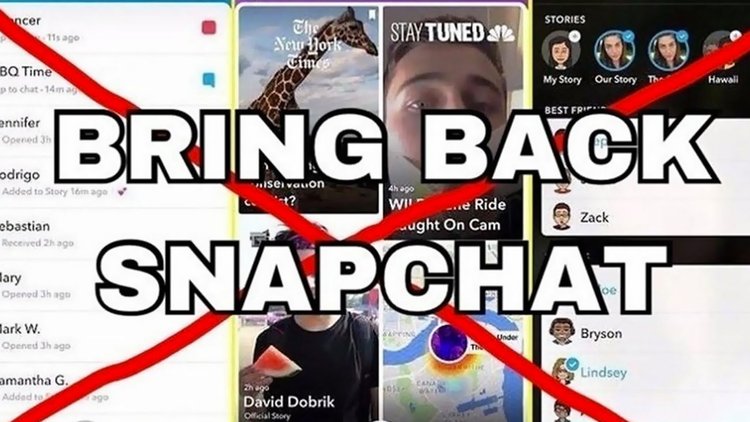 The app's major redesign has finally reached the U.S., and some people hate it. Petition website Change.org said more than 30 petitions have been launched in the last day protesting the new Snapchat update and asking developer Snap to change the app back to the way it was before. Most of this new activity is being driven by U.S. users, though the largest petition against the Snapchat redesign was started on Jan. 10 by a user in Australia, a Change.org spokesman told PCMag.

"With the release of the new Snapchat update, many users have found that it has not made the app easier to use, but has in fact made many features more difficult," the Australian petition, which has garnered more than 66,000 signatures as of Thursday afternoon, reads. "There is a general level of annoyance among users and many have decided to use a VPN app to go back to the old Snapchat, as that's how annoying this new update has become."

A similar petition with more than 4,000 signatures laments that the app is "too over complicated" now, with one supporter noting that they're "more likely to win the lottery than be able to get the hang of this shitty update." Another commenter said the redesign gives them "bad anxiety."

Users are complaining that it's not only harder to find their friends in the app, but that some contacts aren't even showing up.

"People that you may never Snapchat are now right at the top, making it difficult to find the people who you do Snapchat," petitioner Emily Andrews from Roanoke, Va., wrote. "What pisses me off the most is that people are not given the option to update or to not update."

Snap did not immediately respond to PCMag's request for comment.

Ironically, the redesign was intended to make the app simpler to understand and use. First announced in November, the update separates content from friends and content from publishers. The app opens the camera, as usual; you can swipe left to see what your friends are up to, or swipe right to access the Discover section, which includes content from publishers, creators, and the Snapchat community and is populated based on your interests.

Author Info:
This article was first published by Angela Moscaritolo on Entrepreneur

Why You Should Invest in Personal Branding to Be Successful