The function shouldn't be confused with Reddit's downvoting option. It's designed to let users report inappropriate comments as opposed to demoting internet posts. 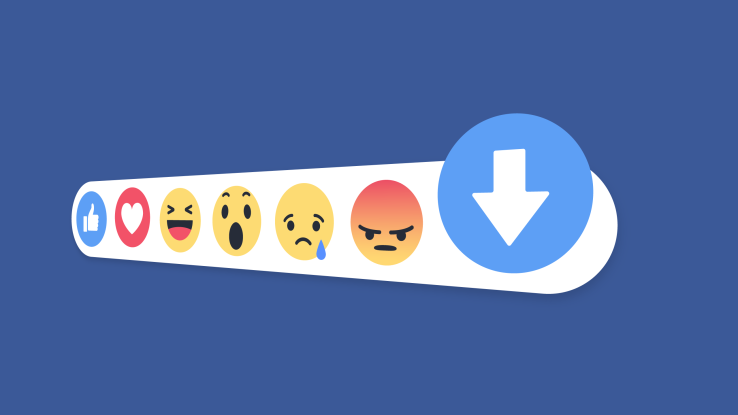 Facebook is testing a new feature to let you quickly report abusive comments to the company.

On Thursday, a mysterious option called "downvote" began to appear over the platform. Only a select number of Facebook users have access to it, but the function is found on any comment made on public page posts.

Despite the name, the feature is nothing like Reddit's own downvoting option, which can demote questionable content further down the comment section. Facebook's own spin on the downvoting is more about flagging inappropriate or offensive content.

Currently, a user can report an abusive comment over the platform by clicking on the "..." next to it and selecting "Hide comment." Facebook will then let you alert the company about the post, but the whole process isn't exactly intuitive. (On the mobile app, you can do so by holding down on a comment, and then selecting report.)

In contrast, the company's downvoting feature gives you a clearer avenue to complain about a comment. Once clicked, the option will automatically hide the comment from view and ask why you had a problem with it. Four answers are given including offensive, misleading, off topic and other.

Still, Facebook created some confusion with the test feature by naming it "downvote." This prompted speculation that the company was about to take a page from Reddit and implement actual comment downvoting.

Facebook stressed the function is nothing akin to a dislike button.

"We are not testing a dislike button," the company said in an email. "We are exploring a feature for people to give us feedback about comments on public page posts."

Christina Hudler, who lives in Jacksonville, N.C., was among the Facebook users who noticed the mysterious feature pop up on Thursday. She too thought the test feature was similar to Reddit's downvoting function.

Nevertheless, Hudler said abusive comments can be problematic on Facebook. She herself is the owner of a social media marketing agency called Hudler Social.

"Right now when people see an irrelevant or nasty comment all they can do is angry react or leave a comment," she told PCMag. "And those things actually push it up in the comments."

Whether Facebook will make the downvoting feature official one day is unclear, but the company has vowed to make the platform better for society. It intends to do so by curbing abuse over the platform and making sure it can build online communities as opposed to wasting people's time.

Author Info:
This article was first published by Michael Kan on Entrepreneur