It turns out cutting back, focusing, and maybe a little Donald Trump can help make money. 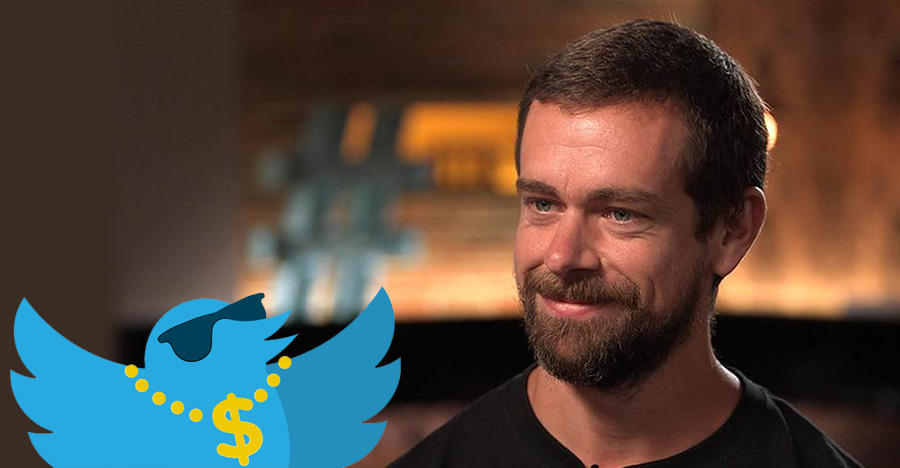 Twitter reported its first-ever profitable quarter Thursday after more than four years of trading on the public market. The company announced $91 million in profit for the fourth quarter of 2017. Profitability was the #goal, CEO Jack Dorsey told investors in February 2017, and Twitter nailed it. The stock was up by more than 14 percent in after-hours trading.

“Q4 was a strong finish to the year,” Dorsey said in a statement. “We returned to revenue growth, achieved our goal of GAAP profitability, increased our shipping cadence, and reached five consecutive quarters of double digit DAU [daily active user] growth. I’m proud of the steady progress we made in 2017, and confident in our path ahead.”

The margin is small, but it did beat expectations. Twitter brought in $732 million in revenue, beating analysts' estimates of $686 million and up by 2 percent from a year prior. That's also a return to revenue growth.

The rise wasn't easy. Twitter had several rounds of layoffs and cut investments like shutting down six-second-video app Vine and selling its developer platform Fabric to Google. It's been removing the advertising product TellApart.

Profitability looks great. But as Dorsey said himself, it can be a choice.

“It is a choice between investment and driving profit," Dorsey said at Twitter’s international headquarters in Dublin, rounded up in a piece by Silicon Republic. "We believe there is a massive opportunity to grow and invest in the business."

Beyond achieving profitability, Twitter's priorities for 2017 were focused on growing live video and curbing abuse.

In 2017, Twitter secured a 24/7 live video partnership with Bloomberg and has inked dozens of deals with other networks for shows. It streamed 1,140 events in the fourth quarter and secured 22 new partnerships.

That growth in live video was led by Twitter's Chief Operating Officer Anthony Noto, who announced his departure last month.

"First I would like to acknowledge Anthony Noto," Dorsey started Thursday's call with analysts. "We wish you all the best in your new role."

"We haven't skipped a beat. We're really excited about looking at this org in a new way," Dorsey said.

Video on Twitter is still a top priority. Unlike Facebook — which is buying up the rights to episodic series like a documentary on New England Patriots quarterback Tom Brady Tom vs Time and Kerry Washington's new series — Twitter wants more live events.

“People come to us to see what’s happening," Dorsey said. "Live video helps us be one of the fastest places to see what happens and more importantly generates the conversation. One important thing for us is to continue broaden our live strategy more toward events.”

Dorsey wants to make the Twitter's timeline the very best it can be, he said later in the call. For example, Twitter's committed to improving the "Happening Now" feature, a box at the top of the timeline that highlights live moments. For Dorsey, the Explore tab, which includes trends, Moments, and live video, is considered a testing ground for the Twitter timeline.

"After people exhaust their timeline and go to Explore, we can utilize that to figure out what to put in the timeline," Dorsey said. "We're testing and experimenting with sports in particular."

That focus on the timeline is a bit different from competitor Facebook, which has been growing a separate feed for local news called Today In, Pages of users you don't follow in Explore, and long-form video in Facebook Watch.

For Twitter, abuse is still a major area of contention. While the company has added new tools over the last year for users to control who and what they see and has banned more users, every day there's reports of abuse. Twitter did make its hardest stance on abuse last year that tarnished its former embrace of freedom of speech. Now, Twitter is monitoring user behavior on and off platform and has been banning users for hate speech.

During the call, Dorsey and analysts didn't talk much about that effort, other than as it relates to user authenticity. Twitter is still deciding how to handle its verification process, the blue checkmark some users are granted to show authenticity. Twitter paused the program in November after receiving backlash for verifying Jason Kessler, the organizer of the Unite the Right rally in Charlottesville that resulted in the death of counterprotester Heather Heyer.

Even though Twitter's daily active users is up, there's concern in how much that can grow going forward. Dorsey dodged the direct question when asked during the call and instead elaborated on the engagement they are seeing.

"We’re benefitting from a much larger engaged audience," Dorsey said. "We continue to be a differentiated audience to our advertisers. We’ve been investing a lot in measurement, 62 percent more in Q4."

A big question for Twitter is how authentic that audience is. A New York Times investigation exposed a company that sells bots and how many high-profile users, including Twitter board member Martha Lane Fox, have thousands of fake followers.

"We’re going to amplify the quality content. We’re going to be giving a lot more context and help people find authentic and credible content and tweets," he said.

Author Info:
This article was first published by Kerry Flynn on Mashable

Grooming Your Company For Sale

3 Entrepreneurial 'Realities' You Need to Understand Are Rea...