Gary Vaynerchuk Explains the Difference Between Entrepreneurs and Wantrepreneurs

With entrepreneurship becoming so trendy, a lot of people are calling themselves entrepreneurs who really aren't. 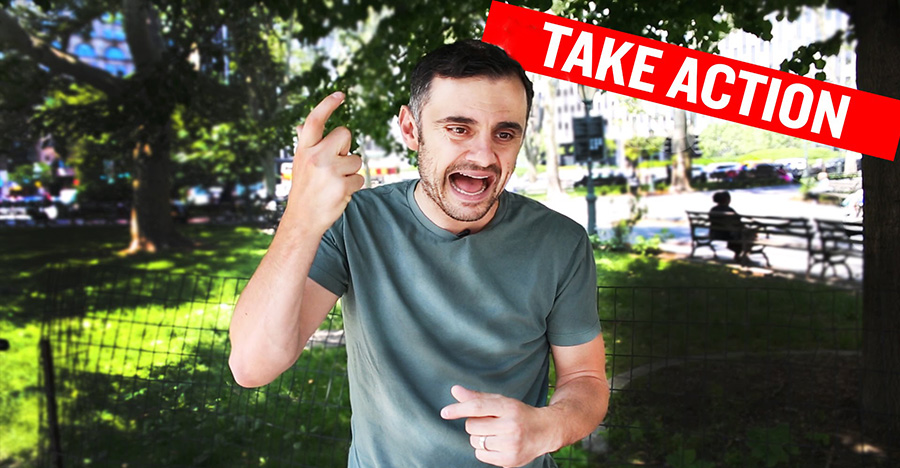 My latest book Crushing It! explores which social media platform you should select to create a pillar of content that supports your business, but even a well-designed pillar will fall if it isn't set in a solid base.

What usually hamstrings entre­preneurs isn't merely the mistakes they make when executing their vision, but the mistakes they make before they even get started. While it can be hard to pinpoint why some influencers build attractive, lucrative personal brands that succeed beyond their wildest expec­tations, it's not hard to figure out why so many who attempt to do it fail.

In general, it's because they're putting their energies into the wrong things. They care, but not enough about what really matters. And what really matters is a pretty short list: intent, authenticity, pas­sion, patience, speed, work and attention.

In business, the how matters, of course, but the why matters just as much. Maybe more. Why do you want to be an entrepreneur?

All of these are great reasons for building a business and becoming an influencer.

I promise you that getting into this game for the gold is the quickest path to long-term failure. When your intent is coming from the wrong place, customers may still do business with you if they have no other option (an increasingly rare situation), but they won't tell others to. By definition, an influencer engenders positive word of mouth. If you don't care enough to induce others to rave about you, all you're doing is holding a spot for someone who really does care, the one who will waltz in and displace you.

My book features entrepreneurs at all levels of financial success and all stages of influence, but those currently at the pinnacle of both share three characteristics:

A number were inspired to create their products after unsuc­cessfully searching for those products themselves, sure that if they needed them, others did, too. They started teaching when all they found when looking for mentorship or inspiration were overpriced on­line courses that took up their time but didn't offer anything truly useful.

When creating their content, they vowed to take the completely opposite approach by offering solid content and real value. By their own admission, most didn't start out as the most knowledgeable in their fields, and they certainly weren't the most polished. But, what they lacked in experience they made up for in earnestness, honesty, and humor.

Every day their podcasts, photos, videos and blog posts improved, drawing their audiences back again and again. They gave, gave, gave, gave and gave some more, often for free. And customers came back again and again. Was it because they liked getting stuff for free? Sure, everyone does. But, if a product stinks, even free won't make up for your customers' disappointment. In addition, a stinky product blows any chance you might have had to earn your customers' trust and loyalty. No one comes back for products or advice that doesn't work.

Now, I'm the least naive person you've ever met. Some may hate me for saying this, but I don't believe that most of these people give so much away because they're so goddamn selfless. They're human, which means that, like everyone else, they have their own selfish wants and needs. But, I also believe they are humans who fall into the 51 percent. That is, if your nature is at least 51 percent altruistic and only 49 percent selfish, you have a real shot at breaking out, be­cause the vast majority of people are 70 to 99 percent selfish. Could you use altruism as a tactic? Sure, but altruism is not the kind of thing you can fake for very long. All the people I've known who've tried have been able to grow only so big before they were financially and/or emotionally broke. I'll bet some of the people mentioned in my book started out using altruism as a tactic, and they were good at it because it came naturally.

Then they noticed that consumers react pretty strongly when they feel that you give a shit about them, which gave them the incentive to play up that side of themselves rather than fight it, which is what most of us rocked in the cradle of capitalism have always been taught to do. Breaking the money­ first rule is also how I got to where I am. I have never cared about the money. I do, however, care deeply, obsessively, about my legacy. I want the world to mourn me when I die, not just for being a decent human being, but for building something tremendous and predicting where the future of business lay. And then I want to fucking own the afterlife. Being good and generous and giving a crap is the only thing that will get me either of those goals.

Three out of 10 people don't like me the first time they catch me online or hear me talk because they think I'm full of shit, and that my habit of giving so much away for free, whether it's time, advice or mentorship, is just a gateway to making money. They don't believe anyone really cares that much. I do, though, which is why the majority of my haters eventually change their minds if they give me a fair hearing.

There are a scary number of people who say they're starting their business because they want to make the world a better place yet reveal themselves as frauds and hypocrites in answering one or two direct questions about their model. There are also a scary number of peo­ple who are so cynical that they can't believe anyone does anything without expecting something in return. I acknowledge the duality of human nature, including my own. I want to buy the New York Jets (let's be honest; I'm addicted to the process of trying to buy the New York Jets), which means I do what I do so I can make a lot of money.

At the same time, I love how it feels to make a positive im­pact on people's lives, which means I do what I do so I can help other entrepreneurs succeed. Embracing these two truths and combining them in my daily actions is why I win. It's also why I leave ungodly amounts of money on the table. For example, many influencers, in­cluding some you'll meet here, sell online courses. Courses can provide a hefty revenue stream, and done right, they can be incredible resources. I choose not to because I'm concerned that, once I put a mon­etary value on what I know, I'll feel obligated to reserve my best stuff for the people willing to pay.

It would create a conflict of interest that would go against everything I want my brand to be about. I do pub­lish books, but other than an occasional personal anecdote, there's no information in them that I have not discussed in a public, free forum somewhere else. For anyone with the time and inclination to do the online digging, the information is there for the taking, albeit some­times in a less expansive, less detailed format. These books exist to save people time and to provide a portable resource people can easily refer to.

In every decision I make, I consider the balance I'm willing to strike between selfishness and selflessness, with my selfish side often getting short shrift in the short term. I'm fine with waiting a few more years than I might otherwise have to to buy the Jets if it means I get to live with a clear conscience and the knowledge that I haven't sacrificed my legacy. You may make a different decision. The truth is, you don't have to be as altruistic as I am to win big; in a world where the standard is pretty much nothing, you have to be just altruistic enough. But, believe me, if your every interaction and transaction is predicated on what you think you're going to get out of it, nothing in my book will work for you. Consider yourself warned.

At the other end of the spectrum, it's interesting how often the product actually seems beside the point to many of the successful entrepreneurs interviewed for my book. Their passion isn't entirely tied up in the protein powder, the training technique or the beauty products. For many of them, to borrow the words of graphic design and branding instructor Jenna Soard, founder of You Can Brand, their "truest love is watching the 'ahas' go off in people's minds." It's in seeing how their product or service makes others feel, in helping customers solve problems, achieve more or feel better about themselves. In short, the source of their success lies in how much they CARE.

Still the best marketing strategy ever.

Author Info:
This article was first published by Gary Vaynerchuk on Entrepreneur

Selling Services via Mobile is now possible on BEAM

5 Ways to Use Facebook Stories to Build Brand Awareness