CryptoCelebrities is a blockchain “game” that allows users to spend Ethereum (ETH) on virtual famous people. 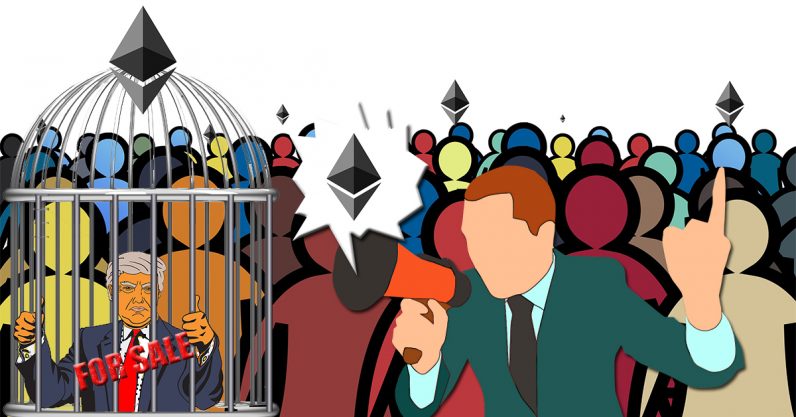 What do Donald Trump, Vitalik Buterin, and Emma Watson have in common? They’re all being traded as tokens on the CryptoCelebrities blockchain.

CryptoCelebrities is a blockchain “game” that allows users to spend Ethereum (ETH) on virtual famous people. Users add an extension to their wallet, load it up with ETH, and buy any celebrity they can afford.

If another user decides they’d rather have that celebrity – there’s only one of each – they can buy it at a higher cost and the seller cannot refuse.

Etherium is currently valued at close to $1,000. This means a celebrity like Satoshi Nakamoto, the mysterious creator of Bitcoin, is worth about $13K after 32 transactions – not bad considering the contracts start off at about 10 cents.

It appears the creators took into account that a constantly doubling price would lead to a pretty short “game,” according to the CryptoCelebrities website:

Perhaps most interesting of all – aside from the fact Phil Collins has been bought 13 times – is that CryptoCelebrities intends to pay royalties on the trades starting March 2018:

Every time an ownership token is traded from one person to another on the blockchain, a small portion of the transaction is taken as a commission fee. As the person who’s image is traded, you can control where this fee ends up. For example: A digital wallet of your choice, or any one of a list of charities an non profits who except digital currency as donation.

Sounds like a great way to solicit a celebrity endorsement.

Perhaps CryptoCelebrities, like CryptoKitties, was inevitable. People love collectibles, cryptocurrency is hot, and what could be more 2018? There are, however, some concerns.

What happens when a celebrity reaches peak value and no one else wants to buy them? It’s easy to imagine a dust-covered wallet laying unused for months until someone decides your 0.05 ETH John Leguizamo belongs in their collection.

It’s also not clear whether users can ever “cash-out,” or if they’re relegated to ownership until someone comes along and relieves that burden. We’ve reached out to the creators for more information.

Author Info:
This article was first published by Tristan Greene on The Next Web

The journey of bootstrapping a startup in a heavily regulated industry...