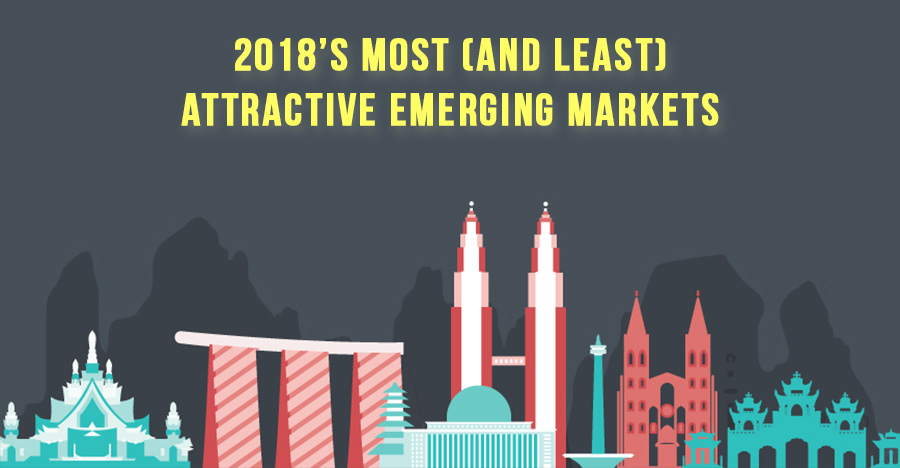 In a Bloomberg analysis based on a range of metrics including growth, yields, current-account position and asset valuations, the two countries score highest among 20 developing economies. Asian economies occupy the five lowest-scoring positions.

Mexico and Turkey scored higher because their real effective exchange rates are more competitive than the average of the past 10 years, according to the analysis. India and China’s valuations are relatively expensive in historical terms. Their economic growth is unlikely to be as fast as it has been in the past decade, estimates show.

“If you are on the hunt for something to buy now, Turkey and Mexico stand out because they are relatively cheap,” said Takeshi Yokouchi, a senior fund manager in Tokyo at Daiwa SB Investments Ltd., which oversees the equivalent of $50 billion in assets. “When political risks ease up, that’s when you want to make an entry, given their solid fundamentals and high yield.”

Turkey’s five-year government bond yields about 13 percent, while Mexico’s yields 7.5 percent. Both exceed India’s equivalent rate of about 7.3 percent, which is the highest among Asian nations covered by the analysis. China’s yields about 3.9 percent.

The study covers 20 of the 24 markets making up MSCI Inc.’s Emerging-Market Index. Greece is excluded owing to its use of the euro, while Egypt, Qatar and Pakistan are excluded because of data limitations. The result for each is shown as a Z-score, which measures the relationship of the individual value to the 10-year average.

“Asian countries do look relatively expensive as they have been bought amid strong fundamentals in the region,” Yokouchi said. “They may not have the potential like Turkey or Mexico to rally big, but Asian currencies and assets are also likely to stay steady from here.”

The Turkish lira is the worst-performing currency against the dollar in the past six months, partly due to lingering political tension with the U.S. The Mexican peso ranked second worst amid the ongoing Nafta negotiations.

The MSCI Emerging-Market Index of shares has rallied 80 percent since bottoming two years ago, outperforming the developed-market gauge’s 47 percent advance during the period.

The journey of bootstrapping a startup in a heavily regulated industry...

Amazon’s Jeff Bezos continued to drive a Honda long after becoming a...

How far can IP go to protect and monetize your business?