Opinion: No point competing in Singapore’s cashless payments when NETS has already won 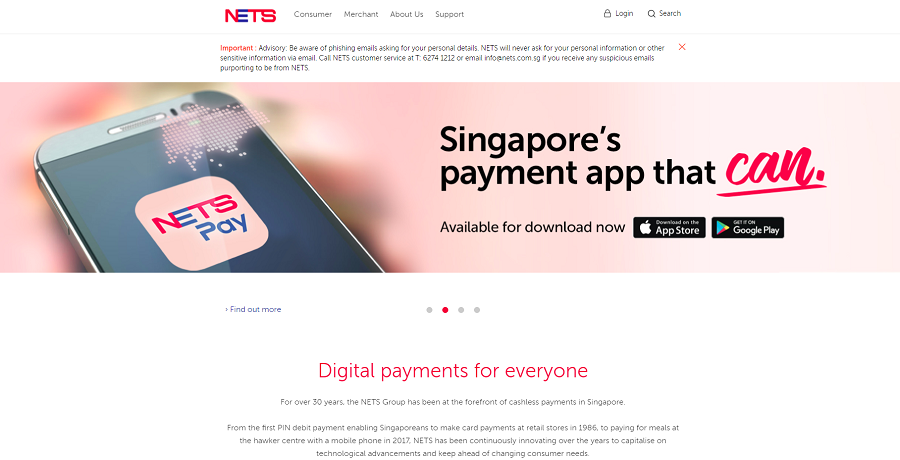 I sometimes wonder whether PM Lee's National Day Rally speech about cashless payment system is just a strategic ploy to get NETS and the banks to finally get their act together and shake them up to the reality of disruption. Was he frustrated seeing how far behind the Singapore players were doing in comparison to China?

The news came out today that NETS and the banks are finally working on a common QR Code which is the NETS QR Code.

It sounds like a great celebration for consumers like us. But does it really get NETS and the banks to embrace the cashless payment innovation, or are they coerced to upgrade themselves slightly to ensure monopolistic dominance?

NETS is a dominant cash cow for local banks

Facts about NETS: It is jointly owned by DBS, UOB and OCBC which transacts S$23b a year, with the chairman of the board from DBS. If you take an estimated merchant fee of 1%, NETS brings in a hefty nice gross profit of $230m without any serious competition.

Furthermore, it has an established network of 100,000 payment points. For any startup, onboarding merchants is the most costly marketing exercise. To acquire 100,000 merchants on board, one would require a massive war chest. And looking at Singapore’s limited market size, you will find fintech companies considering other markets instead.

NETS and its owners got comfortable over these years having absolute monopoly over the ETFPOS network for consumer payments. There was never any disruptive innovation and you never saw NETS as innovative. Sure, they have eNETS for online payments and vCashcard and the likes, but did they truly help deal with the cashless issue?

Not according to the recent KPMG report on payments. Singaporeans still use cash for 60% of their consumer transactions while fund transfers are lagging at 12%. NETS could not see how to encompass an ecosystem like Alibaba in China or like how Grab is working now to become a full lifestyle app. But why would NETS bother? After all, they were generating good profits and protected by a monopoly.

Did NETS finally realized that the onslaught of Alipay, Grab and the likes finally knocking on their doors, or was it a direction pressured by MAS to get more merchants on the cashless wave?

NETS is the actual impediment to cashless payments

About 7 years ago, I remembered talking with Paypal who tried to enter the retail market with its Paypal mobile option. Granted, it was not as user friendly, but what severely blocked them were the dominance of NETS and its control over the PoS vendors.

What's the point of other competitors like Grab and Razor coming in unless they too have the same access to the 100,000 payment points? I am certain Grab and Razor are facing the same current issues of onboarding merchants due to the block by PoS vendors who are loyal to having NETS and the banks credit card systems.

Did NETS finally realized that the onslaught of Alipay, Grab and the likes finally knocking on their doors, or was it a direction pressured by MAS to get more merchants on the cashless wave?

I likened NETS to the old days of Singtel’s dominance in the telco market. It was only until deregulation happened and the entry of Starhub and M1, did we see innovation in deal offerings. Prices went down, from SMS, to overseas international calls and even data plans.

NETS holds too much power as a supplier, if you think about Porter’s 5-forces model. And similar to Singtel in the past, NETS is clearly the winner in the cashless payment war with its 100,000 payment points, which gives it little incentives to truly offer unique innovation solutions with competition unable to enter the market.

MAS needs to take a bolder step to nationalise the point of sales system that NETS own to allow the freedom of any cashless system provider to integrate into Singapore’s payment network. Offer APIs for easy integration, like how e-payments providers does with eCommerce groups.

The more solutions, the more likelihood of innovative offers to convince Singaporeans to make the switch to electronic rather than physical cash.

What’s the savings? The KPMG report says S$150m can be saved if Singapore totally goes cashless. That’s the immediate tangible offer. I say, fintech innovation on cashless payments leads to a higher level of innovation. Singapore will retain its strength as the place to trial new innovative technologies before startups expands to neighboring markets.

The cashless payment suggestion was placed out there to provide transparency and a call to drive Singapore to be a cashless nation, but the winner has already been chosen from the start. In this scenario, you will find very limited innovation offers because there isn’t a competition to begin with.

Razor should not have bothered in generating a proposal to PM Lee when it is obvious it could not succeed against such odds.

But if the government is serious on the issue of a cashless nation, it should allow freedom of competition and give levelled ground to other competitors. Will the government have the determination to see through PM Lee’s vision?

This article is an opinion piece and part of the Heartware Singapore series.
The writer is a Singaporean entrepreneur-turned-early-stage VC and a Singapore startup ecosystem evangelist.
Cover photo: Screengrab from NETS website.

6 Strategies for Getting your Business from Idea to Reality

A new phone releases, and yours slows down. Coincidence?

SMEs in Singapore will soon get to enjoy blockchain trade platform

6 Popular Reasons Your Start-up Will Fail