The road less travelled: How a Singaporean ended building his startup in Ukraine 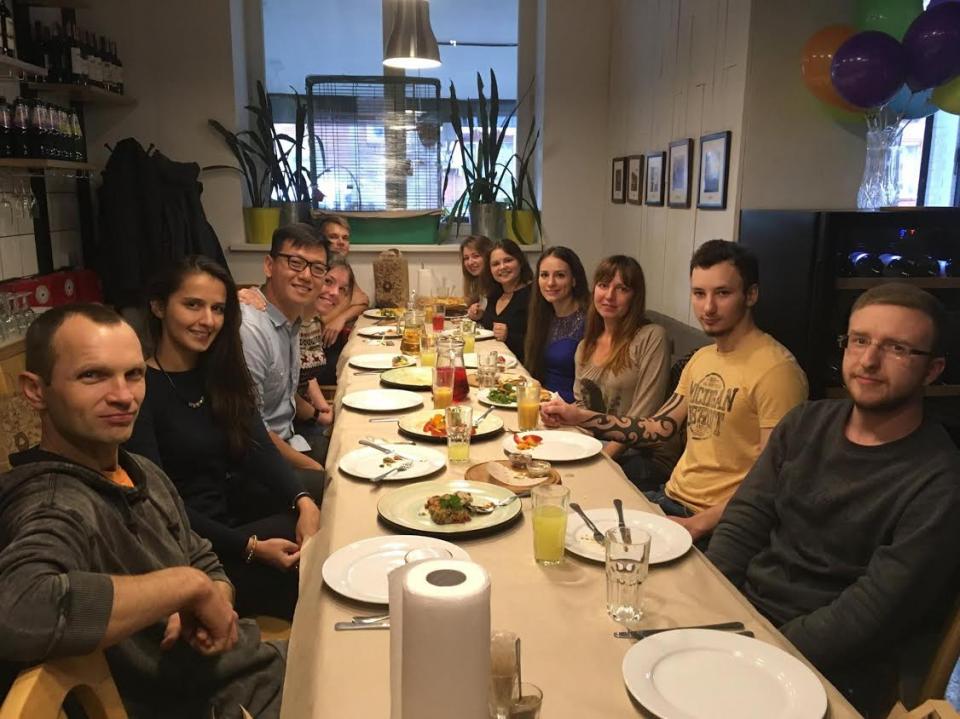 Ukraine might sound highly unfamiliar, or even somewhat exotic to a Singaporean. But to Guo Qiang Fu, or GQ as he likes to be called, living in the capital Kiev is now home to him. GQ is the founder of a startup called Relote, a talent platform that connects Central and Eastern European (CEE) tech talents with tech companies across the globe.

His thinking is unconventional to the average Singaporean, who would rather be comfortable working right at home and having a familiar culture to work in.

He shares his different philosophy, “I spent 95% of my life in Singapore and had always wanted to live abroad at some point in time. Towards the end of 2015, I knew I wanted to make the big move overseas and started looking for startups that required Customer Success Managers, the role I was in a Singapore-based company at the time. I believe in Customer Success and wanted to grow in it in the tech sector.”

The first startup job in Warsaw

It was by a stroke of different opportunities and the call of wanderlust that brought him to Europe. In January 2016, he flew to Zurich, Switzerland, for the World Economic Forum on a work trip.

“I got to experience first-hand the beauty of Europe, seeing fallen snow for the first time,” he describes his maiden voyage into the continent. “During the entire work trip, I knew I had to make it to Europe somehow. I wanted to be here for at least a few years at least to really experience the cities and culture in this continent.”

Before heading to Zurich, GQ already had his mind set on experiencing a different work culture to grow. He also wanted to be involved in Customer Success, as it helps people through the use of technology.

Thus, whilst in Zurich, GQ flew to nearby Warsaw, Poland, to catch up with a friend. He also took the chance to meet the CEO of a Polish startup that he applied for. In a short two months later, he was hired as a Customer Success Manager in that Polish startup and experienced a different culture that was different from Singapore.

Warsaw began as a great first overseas work experience for him. He recalls the good memories he had. “I could say Warsaw is like my third home (after Kiev and Singapore) that I want to go back to some point later in life because of the friends I have there, and the way of life. Funny enough though, one of the famous Polish dishes is very similar to the dumplings that we have in Singapore — just bigger with more dough.”

The move to Kiev and the birth of Relote

Shortly after a few months, GQ had a conversation with a friend from Singapore who was looking to expand his development team into the CEE countries.

To assist his friend, GQ started sourcing on local job boards in these countries. However, he faced an issue of translation as the job boards were not in English. Furthermore, local job boards would also quote "outsider" rates when they discovered you were not a local, easily charging double or triple the prices for the same services.

Despite the difficulties in language, he discovered a huge talent pool of developers, marketers, designers and customer success managers across the CEE countries such as Ukraine, Poland, Serbia and Bulgaria.

As he relished the idea of starting something on his own, he proposed to set up a development team in Ukraine, leading to the birth of his startup Relote, and finally settling into Kiev in early 2017.

Living and starting-up in a different culture

A majority of the clients he worked with in Singapore were high-touch customers, requiring a lot of in-person onboarding and frequent support to get objectives completed. He describes the atmosphere as generally more intense than his time in Kiev or Warsaw. GQ remembers the rollercoaster emotions of joy and tiredness of pulling through days to get product experiments working at tight deadlines.

On the flip side, he found the startup experience in Warsaw fantastic, perhaps attributed to the fact that the startup he worked for was already established and growing quickly.

At Warsaw, he found team members were very close. He describes, “I did not feel any intense pressure from team members, but rather, a camaraderie to finish things well together. There was a proper balance between work and personal time, allowing me to pursue other areas outside of Customer Success during my free time, like coding or travelling. We had great team bonding, even running a 10KM run together that took us through some really nice parts of Warsaw that I'd never been to.”

Language wasn't an issue in Warsaw because most locals spoke English. But being in a foreign land, he still picked up a few common phrases in Polish to get around. “You truly experience a country if you learn the language. There's a different dynamic to conversations in other languages with the same friends you have. But, you could say that because English got me around, I never got to pick up the Polish language.”

In Kiev however, most people spoke Russian and Ukrainian, and although English is growing amongst the younger generation, it was not as common as in Warsaw. “I definitely had to pick up Russian, as it is more commonly spoken in Kiev, and understand some basics of it to at least contextualize conversations for my own understanding.”

He found a common working culture in both startups he worked in Warsaw and Kiev. “There is a similar sense of dedication. Everyone here is working hard, working smart and extremely dedicated to their speciality. In fact, because these countries work frequently with the US, Canada and other countries in Europe, their strategies and concepts are cutting-edge. I have learned a lot from my colleagues and friends, and am still learning.”

GQ feels the main difference between Singapore and the CEE countries would definitely be the work-life balance for employees. He finds the better startups provided better the work-life balance. He shares, “While there were times where there were sprints that required teams to burn extra hours, but because of this balance and clarity of thought, great work is produced. There was great morale, great synergy and great love for the products they work on.”

He found the difference that putting in many hours does not necessarily equate to results. “Working hard does not mean working effectively. Going strong and being focused for 2 full hours could be more meaningful than spending 4 – 6 hours grinding with less productivity. Of course, the extra hours have to be for a startup to grow, but scheduling breaks in between and taking some reasonable time off to recharge could be really effective in getting results.”

Being now a tried and tested overseas Singapore entrepreneur, GQ has this advice to Singaporean founders wanting to start-up overseas.

“For those who are on the fence thinking about starting-up overseas, don't wait anymore. Research and test your idea to find out if it is viable right now. There are plenty of ways to do so online. If all is good, plan and execute. Life's too short to be waiting. I am glad I took the plunge!

Start networking with other startup founders or relevant contacts in the country you intend to set up your new business in. Understand what it will be like to conduct business there, and what are the legal processes involved. In countries where English isn't the main language, you really want to have someone trusted on your side, and you should understand as much as you can before you start.”