Multi-stage investor Captii Ventures is bullish about Vietnam and believes the market is poised for the next phase of growth, executive director SaiKit Ng 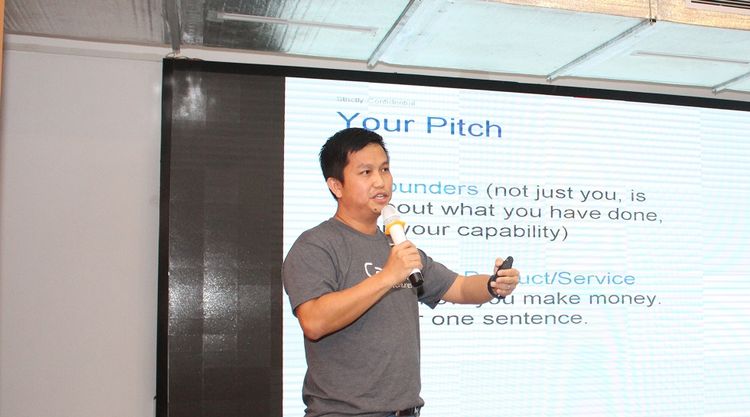 Multi-stage investor Captii Ventures is bullish about Vietnam and believes the market is poised for the next phase of growth, executive director SaiKit Ng told DEALSTREETASIA.

Captii Ventures invests in technology startups in Southeast Asia. It has so far invested in 11 companies across the region, including three from Vietnam. The venture capital firm was a seed investor in fintech startup OnOnPay. It later also participated, along with Gobi Partners, in the startup’s $800,000 pre-Series A round. Captii’s other two portfolio companies in Vietnam are agri-tech startup MimosaTEK and communications platform AZStack.

Speaking to this portal on the sideline of the TFI Connect meetup by Topica Founder Institute, Ng said the firm is actively scouting for investments in Vietnam.

Startups in the region, including Vietnam, are mostly early stage. Ng said he would like to see and back startups with some maturity, either in terms of traction or the ability and experience of their founders.

“It is the commitment. In other words, skin in the game in whatever you are doing,” Ng told this portal.

What differentiates your Vietnamese portfolio companies from other local startups?

I have not seen enough (of Vietnamese startups), but I think the common quality of them (OnOnPay, MimosaTEK and AZStack) is being more mature. In terms of the latitude in business, all three of them got the real experience either through running the business or having worked in bigger organisations.

For instance, Sy Phong (founder of OnOnPay) actually worked in France for a good 8-10 years for a telco. After that, he came back and joined a bank. He also ran one or two startups before. For whatever he is doing now, it is really combining the experience that he had.

All those put into the mix and make them different.

Most of the guys I had the chance to talk to are pretty fresh, so we are not quite sure what is the journey ahead of them. It is more of trying to do something, and they will probably face a lot of challenges. For us, we prefer to work with guys that have more maturity.

How can younger startups make an impression when pitching to investors?

At the end of the day, it’s about how much time they invest into the idea. The more thinking you put together into the business plan, the better you are in terms of handling the questions (from investors).

Traction is certainly more important. But if you’re lacking a bit, you have to put more energy into convincing the investors that you know what you are good at, how you are going to do it, and that you have a really clear mind of which segment you target. The whole plan has to be visualized and that’s the challenge when they pitch to us.

Coupled with it is the experience that they have applied in the undertakings. In the end, what is more important is still the people.

What other traits do you expect them to showcase when they pitch to you?

It is the commitment. In other words, skin in the game in whatever you are doing. Some guys went all the way to double down on what they do they are so committed. Even if they are running on their own or are funded, they would still find a way to support the projects because they really believe in it. This is the quality that we would like to see. But it’s very hard to detect. So sometimes it’s just by chance. A lot of due diligence is done by asking around the people that work with them.

How many more investments do you expect to make in Vietnam?

We are seriously, actively scouting. We do not have a target in number, because at the end of the day, it has to make sense. At this moment, there are one or two that we are talking to but it’s still very early stage. Most of my time now when I come to Vietnam is more to be the ambassador to the Vietnamese startup ecosystem.

Every time I go to places like Singapore and Indonesia to share the know-how and experience in the investees that we have, I tell people to take a look at this market because there’s quite a lot of energy inside here, and the market is poised for the next phase. We are very delighted about the VNG news (the Vietnamese firm recently signed an agreement with Nasdaq paving the way for its IPO). I think it will give a big boost to the community. Globally, they will think ‘Hey, there’s something here’. It has been hidden in the country for a long time, and is about to unleash now.

What is your typical deal size?

We usually go on rounds between $250,000 and $500,000. That’s the sweet spot for us. In that sense, given the current fund structure that we have, it is a lot easier for us to look at pre-Series A or co-invest and co-lead in Series A rounds. There are also chances for us to participate in Series B rounds as we have co-invested with bigger funds like Monk’s Hill and Telstra Ventures. We look at the opportunities and if we can add value.

Do you think there are more exit opportunities for early stage investors in Vietnam?

At this point, yes. The ecosystem is early. With investors who want to look at Vietnam, there are two extremes. The ones where the opportunities present themselves a lot more are the early stage guys. But of course, there are investors who are interested in more established companies like VNG and the companies on the other end of the spectrum.

This is where you will grow. Gradually, you will have a wider spread of stages in the country. But now it’s a lot more early stage.

5 Ways to Optimize Your Ecommerce Campaigns

Stressed and Exhausted? More Than Half of Founders Say They Never ...