Grab is buying Malaysia's Jaya Grocer in a deal worth RM1.8 billion

Grab will own 75% of Jaya Grocer, with the option to buy the remaining 25% at a later date. 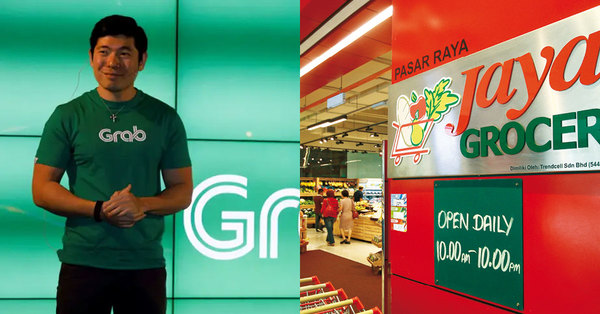 Earlier this month, Grab went public on the NASDAQ stock exchange, valuing the company at US $40 billion.

Less than 2 weeks later, the company announced that it will be buying Malaysian grocery chain, Jaya Grocer, in a deal valued at RM1.8 billion (~US760 million), according to filing with the U.S. Securities & Exchange Commission.

Grab is acquiring 7% of Jaya Grocer

According to Grab, the company will buy up 75% of Jaya Grocer, which comprises of ordinary shares.

Grab will also have the option to buy out the remaining 25%, which comprises of preference shares, subject to certain terms (not disclosed).

The acquisition of Jaya Grocer will be made alongside an investment partner, who will own 50% of the voting rights.

"For local regulatory purposes, Grab Holdings Ltd (GHL) intends to partner with a local investor which will own 50 per cent of the voting shares in Jaya Grocer", the company mentioned in a statement.

Jaya Grocer is a market leader in Malaysia

Since its inception, Jaya Grocer has expanded to over 40 stores across the country.

The Teng family, who runs the entire business, have reportedly acquired their entire stake from AIGF Advisors Pte Ltd recently.

AIGF made an investment in Jaya Grocer back in 2016 as part of their broader investment strategy of growing the company into a market leader.

Binance is closing down operations in Singapore; shuts down trading ef...

The Simple Guide to Hiring Interns for Startups in Malaysia