Founded in 2014, Aico Technologies offers a revolutionary IoT-based smart home device known as the ‘Smart Egg’-- a one-stop solution to controlling a myriad of devices such as TVs, Aircons, STB and home theatre systems from a smartphone itself. 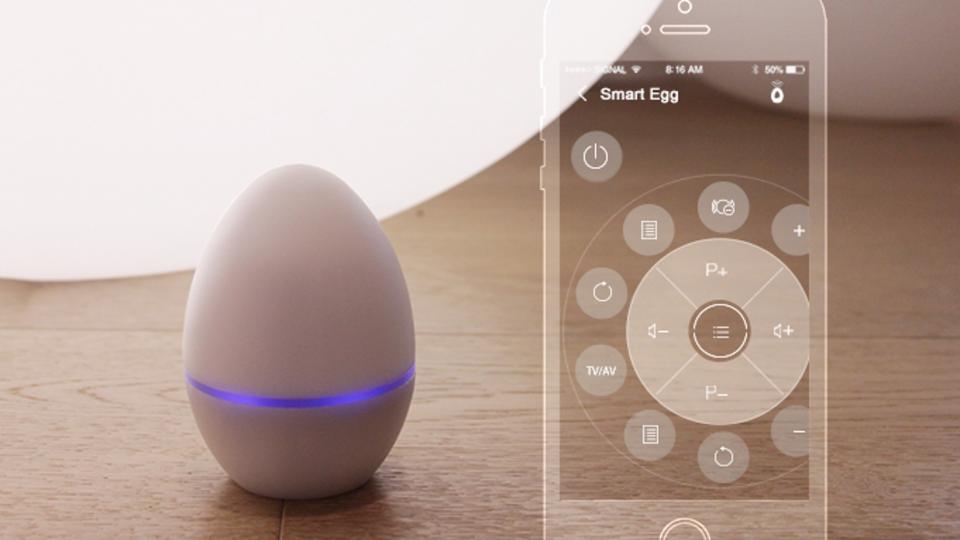 Smart home devices are now emerging as a leading player in the realm of consumer electronics. According to recent statistics, the US smart home devices’ market alone was valued at a whopping $40 billion, highlighting the growing demand for living life the smart way.

With the tech-savvy millennial generation being highly inclined towards leveraging smart home devices, home automation companies such as AICO Technologies are witnessing a promising future. Featured across popular automation platforms such as IFTTT, the ‘Smart Egg’ by AICO makes smart home devices budget-friendly and accessible to all.

Founded in 2014, the Singapore-based home automation company offers a revolutionary IoT-based smart home device known as the ‘Smart Egg’-- a one-stop solution to controlling a myriad of devices such as TVs, Aircons, STB and home theatre systems from a smartphone itself. Powered by the latest Bluetooth 4.2 technology, AICO’s Smart Egg is a universal remote that can control any infrared device through the help of a smartphone application. Initially funded by a Kick-Starter campaign, AICO Technologies now serves more than 30,000 customers across 65 countries.

The Rising Tide of Smart Homes

A survey of smart home-owners revealed that home-automation products have helped them save at least 30 minutes per day, which amounts to roughly 182.5 hours a year. Apart from saving time, smart home technology also helps control household expenses and boost the standard of living.

While smart home devices present a plethora of benefits, several such products are either steeply priced or proprietary, forcing users to buy compatible smart TVs, aircons, lights, heaters, and so on, making smart homes a highly expensive ordeal. If compatibility issues and price quotient are on one end of the spectrum, the need to use way too many applications and poor subsystem integration (poor communication between smart home devices and appliances) are two other perils of modern smart home devices. In such a case, here’s where AICO technologies smart home device stands apart: instead of requiring users to buy a list of compatible smart appliances, the Smart Egg simply helps connect all existing devices that can be controlled by infrared sensors.

Here’s How the Smart Egg Works

The Smart Egg device requires users to download an app (currently available across the Google Play Store and Apple App Store) after which they can perform a range of tasks such as switching appliances on and off, setting alarms on their Smart TVs, set timers for the gadgets and appliances in a home, track mobile movement to enable indoor automation, and simplify several steps into a single command.

Though the aforementioned list of features is commonly found across many other home automation products, AICO’s Smart Egg stands out by offering a few other sophisticated features that include a temperature monitor that records the surrounding temperatures and picks an ideal eco-friendly mode to help reduce unnecessary power consumption. The Smart Egg is also powered by an IR-learning functionality, allowing it to learn and clone the IR code of any IR-controlled device. Users can now simply create an ideal scene of their choice inside their living spaces and trigger such scenes by just walking anywhere between 0.1m to 50m into the desired range.

To sum it up, AICO Technologies’ Smart Egg can be considered a smart home device and a universal remote that helps control TVs, aircons, home theatre systems, CD/DVD players, heaters, projectors, game consoles, and many other devices, making smart living affordable to people like you and me.

The Future Prospects of AICO Technologies

The home automation startup recently revealed that it shall be exhibiting at the CES 2020 and will be showcasing the first-ever Bluetooth Mesh Smart Controller: Smart Egg Pro, opening up a lucrative investment opportunity for potential investors.